Newly elected Scott Moe takes over former Saskatchewan Premier Brad Wall with 8,075 votes in the fifth round this past weekend – with former deputy minister Alanna Koch behind him with 6,914 votes. 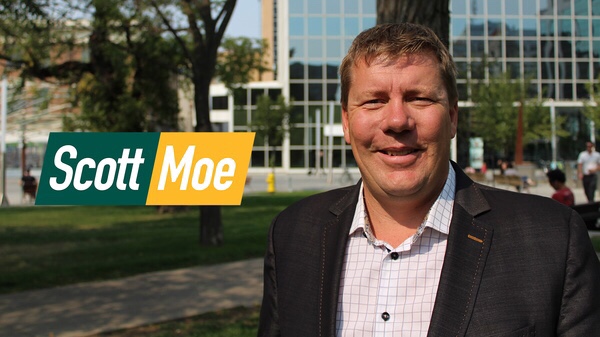 “It is an incredible honour to be elected as the Leader of the Saskatchewan Party and the next Premier of Saskatchewan,” said Moe in an online Saskatchewan party statement.

Related: Looking ahead to politic in 2018

The Federation of Sovereign Indigenous Nations (FSIN) Executive congratulated the newly elected Saskatchewan Party Leader and Premier Moe. The FSIN Executive looks forward to meeting and working with the new Premier on a number of issues facing First Nations people in Saskatchewan, while continuing to build upon a positive working relationship with the Provincial Government going into the future.

“We will continue to work towards the full implementation of our Treaty and inherent rights and we hope that our new Premier works with us and not against us,” said Chief Bobby Cameron in a media release.

The FSIN and the Province have a Bilateral Protocol for developing effective communications and a working relationship that will achieve positive outcomes for First Nations in Saskatchewan.

The Saskatchewan Chamber of Commerce is also looking forward to working with Premier Moe.

“The election of Scott Moe as Premier marks a change of some significance for the Saskatchewan people and the government. A new, fresh perspective will be useful as we tackle issues that are important to the continued growth of the province,” said Patricia Warsaba, Chair of the Saskatchewan Chamber in a different media release. “We congratulate Premier Moe and look forward to sitting down with him as soon as possible to discuss issues of importance to Saskatchewan businesses.”

The Saskatchewan Chamber applauds Moe’s plan to increase investment into Saskatchewan’s education system, and enhance the trade and export of Saskatchewan products. The Chamber also agrees that a carbon tax is not the most effective way to reduce greenhouse gases and is not the appropriate plan for Saskatchewan.

Moe will officially become the Premier after being sworn in by the Lieutenant Governor in the coming days, according to the Sask. Party online statement.