Something special at Wanuskewin Heritage Park 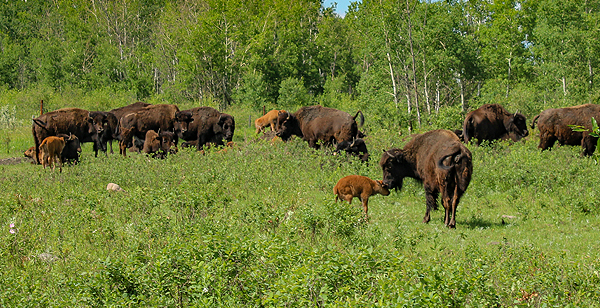 A buffalo herd grazing on the Cote First Nation. Photo by Abreana Deneyou

Seven baby bison were recently born at the Wanuskewin Heritage Park and they represent something very significant.

“You go out and decided to get bison and they end up being very historically important,” he said. “Who knew?”

Walker explained the baby bison are the offspring of two progenitor (the founder of a family line) herds, the Yellowstone buffalo from Wyoming, and the Pablo Allard herd from Grasslands, Saskatchewan.

By the year 1870, bison numbers had declined from around 30 million to just over 1,000 animals. Those 1,000 animals were split by the US and Canadian government. So, these new animals haven’t been seen here on the Northern Plains in the last 150 years, said Walker. 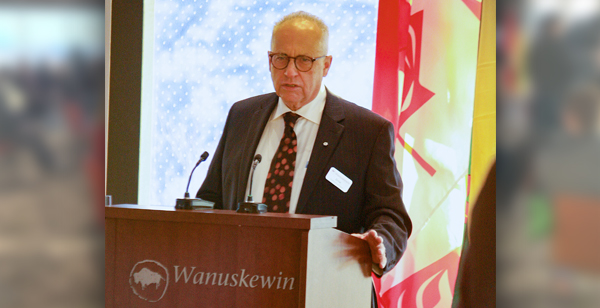 “In some ways it’s like turning the hands of the clock back a bit. The fact that we were so lucky to get these animals, it’s now in our court to make sure they are cared for and served as a base going forward,” said Walker.

So Wanuskewin is developing a strategic bison management plan to keep bison thriving in the Plains. With the new births, the herd is now at 26 animals, with the intention of growing the herd to 50 animals over the next few years.

“We could handle more. We could handle 100, but realizing that Saskatoon is a growing city, and Wanuskewin is right on the north end of the city, at some point the city will probably surround it and we’ll have transition from a rural facility to an urban park,” said Walker.

Maintaining a high level of health and pedigree is paramount for the herd, so natural grass has been planted to keep the pastures as ecologically friendly as possible, said Walker. Each bison has also been vaccinated and ear tagged.

There is no definite plan yet as to what Wanuskewin will do once the herd exceeds 50 bison. The priority right now is to maintain the herd at a high level.

“They’re not like cattle,” said Walker. “They’ve been on the Great Plains for millenia. They are superbly adapted to the Plains environment; they don’t need to be tended. If they have feed and water, they’re happy campers.”

In addition to their historic return to the land, the bison could play another important role for the park.

Wanuskewin is in the multi-year process of applying for UNESCO World Heritage Site designation.

Walker said they need to have their paperwork filed in 2023, with a decision expected to come in June 2025.

“The bison will play a role in all of that,” he said. “Not only the modern herd that we have now, but certainly all the archaeology and everything related to the petroglyphs that were found. The bison are a recent addition but it’s the whole entire story of bison at Wanuskewin Heritage Park,” he said.

Since the park was created in 1992, the Elders have wanted bison at Wanuskewin, said Walker. And their significance will continue to run deep with Indigenous people.

“Indigenous people of the entire Great Plains have this special relationship with bison,” he said. “There is this engrained relationship with them. It’s not just an economic one or a social one, but a spiritual one.”