“I want to thank Thunderchild First Nation for choosing to invest in our community with the development of the Retro Petro and the establishment of an urban reserve at this busy Saskatoon intersection,” says Mayor Charlie Clark. “Our long history of establishing urban reserves has proven the shared benefits they bring in investment, job creation, and services that benefit the Indigenous community and all citizens of the community. Tangible partnerships like these are meaningful steps in the journey of Reconciliation.” 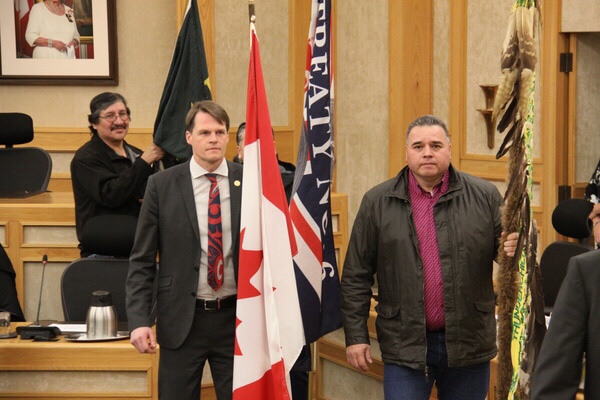 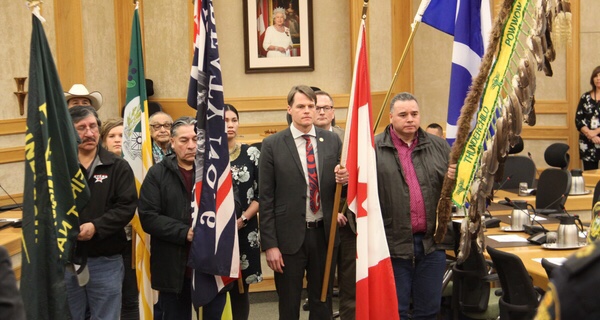 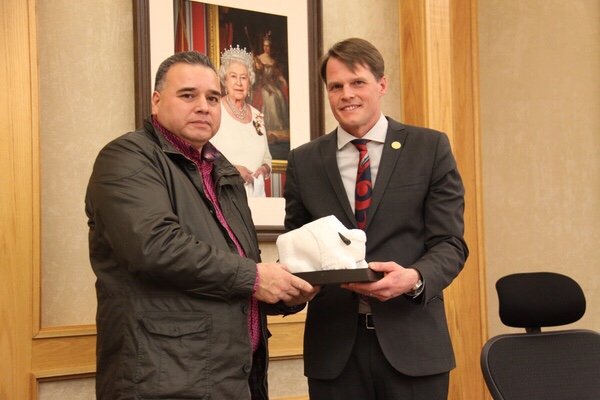 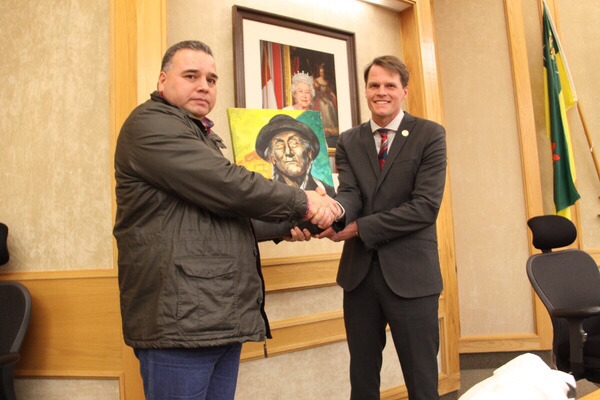 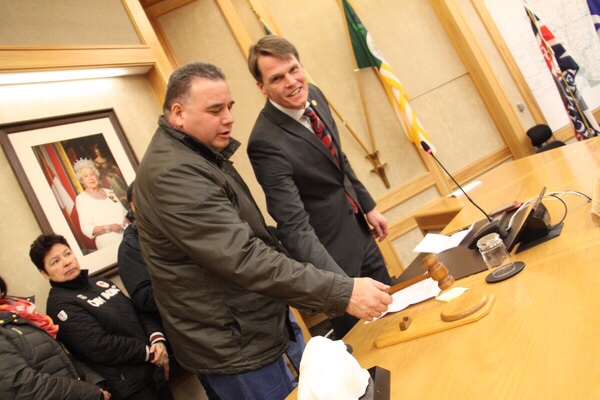 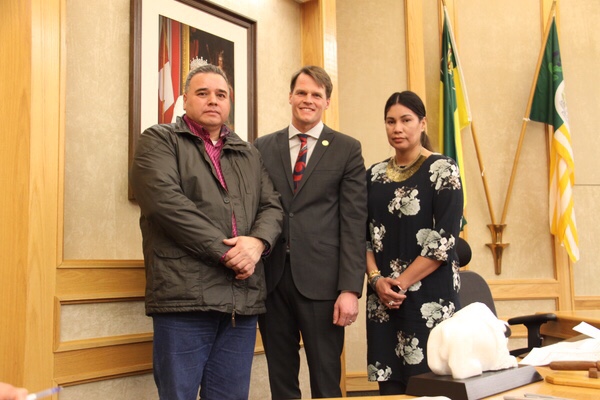 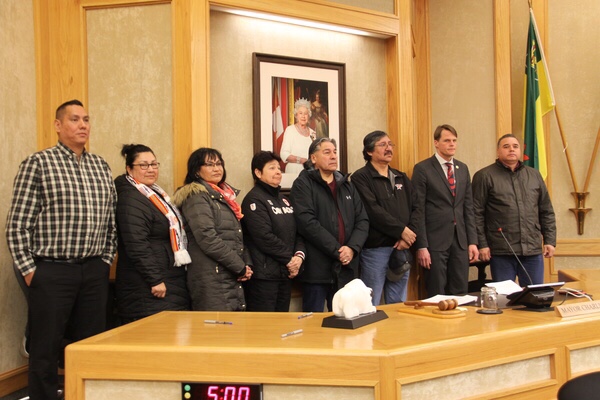 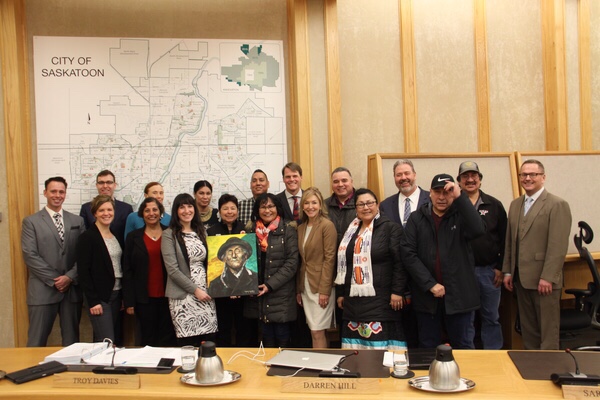 With soon to be expected approval from the federal government, this will be the sixth urban reserve created in Saskatoon since the Muskeg Lake Cree Nation in 1988 turned a snow dump in the corner of an industrial area into what is now a thriving enterprise and office region. The Retro Petro is located on a busy corner with many Indigenous families living in the surrounding neighbourhoods of Mayfair, Caswell Hill and City Park. The several hundred students at the Saskatchewan Polytechnic campus across the road will also benefit from the urban reserve. Jobs and cheaper products.

“We are very excited to finally conclude the urban reserve process with the City of Saskatoon,” says Chief Delbert Wapass. “This would not be possible without the prayers and support of our Elders/membership and the hands-on support of our Mayor Charlie Clark and his Council. Today is a good day and the beginning of a new chapter in Thunderchild First Nation’s road to economic sovereignty.”

The signing event took place in Saskatoon City Council Chambers following a special Council meeting where the urban reserve motion was passed unanimously. In front of several Thunderchild Band members, City staff and interested citizens, the event was opened with a prayer by Thunderchild’s oldest elder Joe Jimmy. Members of Thunderchild’s Council took seats in the middle of the Chamber while Mayor Clark and Chief Wapass addressed the crowd and offered comments.

“It is fitting on the 30th anniversary of our first urban reserve creation that we are celebrating this achievement today,” said Mayor Clark. “People come to Saskatoon for opportunity and we want to be a welcoming host and partner. Every step we try to improve and to be good neighbours.”

“This event can be tied to the signing of Treaties. That was about peaceful coexistence and working together,” said Chief Wapass. “But we have challenges and poverty is everywhere. We have to come together to look out for people.” Thunderchild First Nation is an independent Cree First Nation located northwest of Saskatoon near Turtleford, Saskatchewan. A signatory of Treaty No. 6, Thunderchild First Nation has 2,800 members. Approximately 1,300 members reside on the home reserve, and 1,500 members live in other communities throughout the province.

“Many of our people live in this city. There is so much history here,” added Chief Wapass. “So, thanks to the City of Saskatoon. This reserve designation would not have been a reality and happen so soon if not for the work of the Mayor and the Council. So much will come from this.”