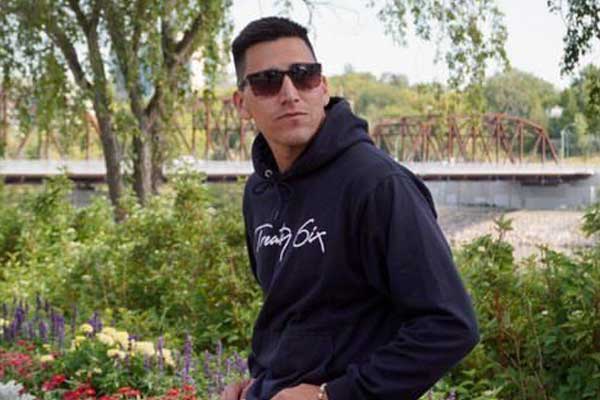 Tesler Mosquito created Treaty 6ix to educate about the Treaties.

In late July, Tesler Mosquito thought to create a clothing brand called Treaty 6ix, to educate people about the Treaties.

“I want people to hear Treaty 6ix and do some research and they'll be wondering what it is and educate themselves further,” Mosquito said.

He started selling the hoodies and hats only six weeks ago, but already has sold 450 hoodies and counting. Orders have gone as far as Iqaluit, Nunavut, Prince Edward Island, California and Victoria, BC.

“I came up with Treaty 6ix, with ix. I think it has that mainstream feel to it,” said Mosquito.

“So, I decided to make some hoodies and the hoodies got a really good response online.”

Mosquito runs his business out of his home, where he converted his basement into a warehouse space for packaging and mailing products.

With the support of his Mosquito Grizzly Bear’s Head First Nation, Mosquito’s first bulk order included an exclusive backpack along with the hoodies and snapback hats.

“I want to get some toques for the fall and wintertime. I'm going to investigate a jacket also to put on top,” he said.

Mosquito completed his Bachelor of Education degree in 2019 through the Indigenous Teacher Education Program (ITEP) in Saskatoon. He intends to use his education to teach through his brand.

Treaty 6 was signed between the British Crown and the First Nations at Fort Carlton, Saskatchewan on August 23, 1876. Eleven numbered Treaties were signed between 1871 and 1877.

Mosquito has been busy getting his clothing line going and building his clientele but he also plans to tell the story of his apparel and intends to donate a per centage to an as-yet undetermined cause.

“I’ve been giving some hoodies away. It’s awesome once you own a business, you’re able to bless with random gifts,” he said.

Mosquito hopes his brand will appeal to Indigenous and non-Indigenous people.

“It's going to promote inclusiveness and focus on the positives,” he said.

Mosquito wants people to see Treaty 6ix as a key word, and something will click in their minds to remember where the name comes from.

“It was a relationship between two cultures, two nations, a bunch of Indigenous nations and the British government made Canada what it is today,” he said.

Purchases can be made by messaging Mosquito through his “Treaty 6ix” Facebook or Instagram pages. Sweater colours will change through the seasons.