A kid from the Standing Buffalo Dakota Nation will be known as the “Unstoppable Kid” as he will be throwing his first pitch to celebrate and recognize his hard work and dedication to Rookie League. 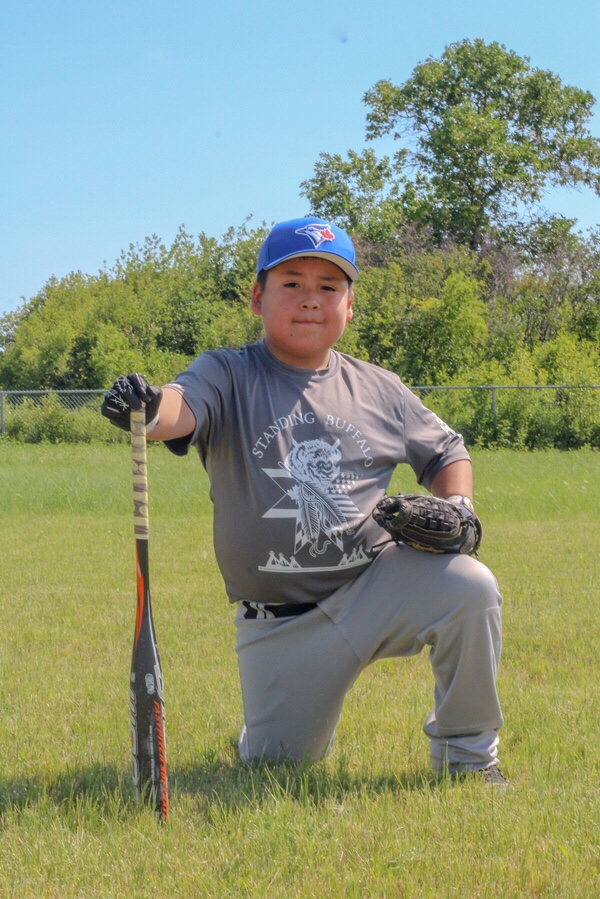 Train Kaiswatum will be known as the “Unstoppable Kid” as he throws the first pitch at this Sunday’s Blue Jays game. Photo supplied

Ten-year-old Taron Kaiswatum is part of the Rookie League Baseball Program which stemmed from a partnership between the File Hills Qu’Appelle Tribal Council (FHQTC) and the Jays Care Foundation. On Sunday, August 11th at the Rogers Centre in Toronto, Kaiswatum will be recognized as an “Unstoppable Kid.”

“We would like to recognize and congratulate our 2019 FHQ Rookie League Unstoppable Kid, 10-year-old Taron Kaiswatum of Standing Buffalo Dakota Nation,” stated Tara Griffith, Rookie League coordinator for FHQTC in a media release. “Taron’s passion and love for the game lights up every field he steps on, his positive attitude and teamwork are an inspiration to all Rookie League participants, coaches, parents and fans! We are so proud and excited for you Taron, keep chasing your dreams!”

The First Nations Rookie League Program was created by the Jays Care Foundation, and is designed as a multi-First Nations softball league based on community involvement.

Points are collected through the more community involvement which helps the team’s chances at winning Rookie League. From keeping the ball diamonds clean and well kept, to the number of fans in the stands, to having water available is looked at.

“All across our country, the Blue Jays brand is acting as a catalyst to inspire positive social change. Jays Care proudly impacts over 65,000 kids annually through our programs designed to give kids all across Canada the life skills and confidence they need to become truly #UnstoppableKids,” stated representatives from the Toronto Blue Jays’ arm’s length foundation. “Join us throughout the 2019 season as we celebrate powerful stories of strength and resilience featuring a diverse group of kids from coast to coast to coast.”