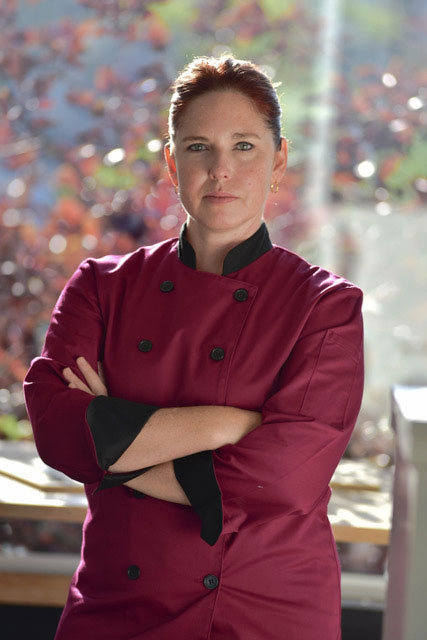 Jenni Lessard, the new executive chef at Wanuskewin, is the first female executive chef in the park's history. She is Métis from Prince Albert and has been cooking since she was four. Photo supplied

Wanuskewin Heritage Park wants you to have ‘a transformative experience’ during your visit to their cultural centre, and the rich history of Indigenous culinary arts are not something they’re overlooking.

“We want everything, even the food, to be an opportunity to enlarge people’s understanding of Indigenous ways and culture,” said Jenni Lessard.
Lessard, the new executive chef at Wanuskewin, is the first female executive chef in the park’s history. And it’s a role that she seems to have been working towards her entire life.

Born in Prince Albert, Lessard had her first experience in a professional kitchen at a camp near Besnard Lake when she was only four years old. That experience set things in motion.

She began learning on the land, picking berries, and learning what and when to harvest. In high school, she opened her first food service – a burger trailer at the La Ronge airport. From high school, she regularly moved around the province, working in kitchens and coffee shops, until she rented a coffee space in Birch Hill and made food that reflected her Metis heritage.

She later operated a food, music, and art space in Birch Hills for seven years before selling it and moving to Saskatoon to open her own catering company. She worked alongside Wanuskewin several times to put on their Han Wi Moon dinners. Then, this August, was invited to fill the open position as executive chef. And it’s a role that she doesn’t take lightly.

“It’s not just serving food,” she said. “It’s being part of one of the foremost cultural spots in Saskatchewan, if not Canada, if not the world. It’s an honour. I want to learn every day.”

The new chef isn’t the only culinary change at Wanuskewin. The park is renaming their restaurant to incorporate a fire theme, as well as planning on having the restaurant open for evening service, and, expanding their catering space to accommodate up to 350 people.

In the kitchen, Lessard is working on a ‘field to shield’ theme, featuring Indigenous cuisine from the prairies to the Canadian shield. They are also working on their own Wanuskewin line of coffee which will support “our Indigenous brothers and sisters in other parts of the world.”

“We want everything in the kitchen to have a connection to the land, to the culture,” she said.

With such lifelong passion for food and culture, Lessard hopes to unite the two for Wanuskewin guests in a way that leaves a lasting impression.

“You can’t separate food from culture and heritage. It’s such a huge part of the culture,” said Lessard. “Once people have eaten food that is representative of a culture, it’s really hard for them to forget. That memory is always there.”