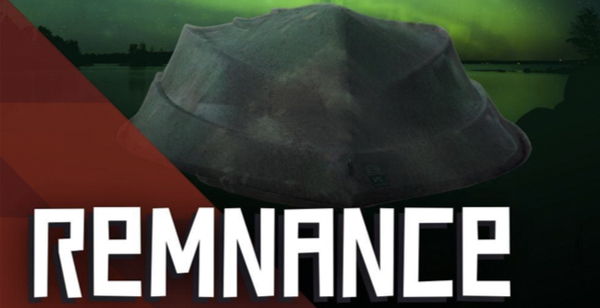 SASKATOON, SK (JUNE 1, 2022) – Burnt Thicket Theatre's next We Treaty People episode is the world premiere of Remnance, a sci-fi thriller by Curtis Peeteetuce on June 3, with its companion Artists'Interview episode airing June 10. The company is thrilled with how audiences across Canada have received the first four audio dramas released, with eighteen episodes in production this year.

Each playwright was commissioned by Burnt Thicket to create a new audio play in response to the questions, "What does it mean to be Treaty People, and to embrace all our relations?" Remnance was written by Curtis Peeteetuce, an award-winning theatre artist from the Beardy's & Okemasis Cree Nation and the playwright for the popular Rez Christmas story series and the recently published plays nicimos, kihew and Popcorn Elder (nominated for 2 Saskatchewan arts awards).

Remnance is set in a dystopian future, adrift in space in the ailing Station 6, as Commander Trem Lylin archives listeners calling in to share their final thoughts about the current state of humanity, while they still can. This fifth play in the series features award-winning Saskatoon actors Kristina Hughes as Commander Trem, Carol Greyeyes as the voice of Envoy (the station's A.I. system), Joshua Beaudry and Shawn Cuthand as callers ranging from conspiracy theorists who live in the Reserve Module to extra-terrestrial visitors with mysterious powers, directed by Danny Knight, with dramaturgy by Carol Greyeyes. Sound design and audio production for the series is by Tim Bratton, with original music created by Darryl Dozlaw, Jordan Daniels, Marc Okihcihtaw and Donny Speidel.

The Artists' Interview with the creators of Joelle Peters' Do You Remember? was released last week.  In that conversation director Dawn Bird (who leads Regina's Iron Door Productions) says, "I think opportunities like this [production] helps to pave the road for Indigenous people who don't know how to get on the road, to be brave, who have so much to offer." "The title We Treaty People is unfinished, it asks people to complete the sentence," says playwright and director Yvette Nolan, who is guiding the series as production dramaturg. "As in, We Treaty People... have a responsibility to each other, or We Treaty People... need to educate ourselves, or We Treaty People... don't understand what being treaty people even means. These plays invite all of us forward, to 'lean in' to treaty relationships as one of many paths toward reconciliation."

"These stories are gripping and deeply meaningful," says artistic director Stephen Waldschmidt. "Each playwright has brought such honesty to the project, facing their own lived experiences and our nations' current cultural moment. The Artists' Interview episodes will captivate listeners as they hear how the artists grapple with their own unanswered questions in the context of present-day relationships between Indigenous and non-Indigenous peoples in Canada."

Listen to We Treaty People, free to stream on demand from www.burntthicket.com [3] and wherever people get their podcasts. Audience advisory: Content may not be suitable for children. The digital audio plays in We Treaty People are created by a diverse group of artists exploring the question, "What does it mean to embrace all our relations?" This original fiction podcast aims to provoke, asks listeners to hear the stirring call to truth and reconciliation in our neighbourhoods, all across Canada. The creators hope that it is captivating, unsettling, refreshing. Each audio drama is followed by an Artists' Interview episode, in which the artists reflect on their experiences of telling these stories.

Episodes also include suggestions for learning more, to encourage audience members to take a step forward in their lives' learning journeys. This series is made possible by grants from Canada Council for the Arts and Creative Saskatchewan.

Burnt Thicket Theatre is an independent company producing live theatre that brings awareness to real issues in the community, planting seeds for positive social change. The Saskatoon-based company tells stories that change people's lives, leading artists and audiences to live more intentionally for the common good of all. In 2012 Burnt Thicket Theatre produced the cross-Canada tour of Andrew Kooman's She Has a Name that received critical acclaim and impacted audiences from Halifax to Victoria during its five month tour. Their recent productions of Every Brilliant Thing inspired honest conversation about suicide and emotional wellness, and My Little Plastic Jesus provoked dialogue about religion, politics and identity in living rooms across the prairies. In 2021 they produced Tied In Knots, their first series of plays for the ear, a fiction podcast that explores the challenges of marriage.