It may have only been 49 seconds, but a Facebook video of Dannalee McCallum taking her first steps has gone viral with more than 250,000 views to date. 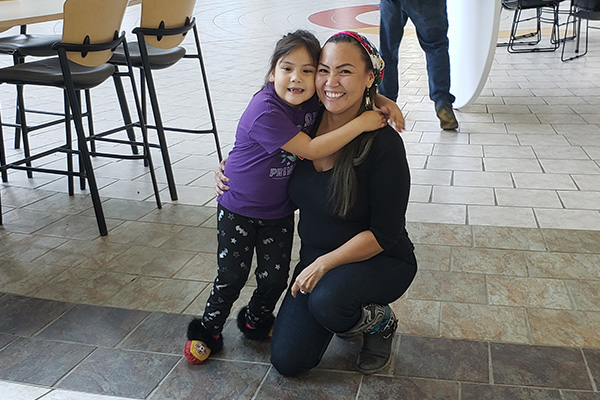 Dannalee McCallum with proud mom Danna Henderson after a video of Dannalee, who has spina bifida and was told she would never walk, was recoded walking for the first time at age 8. She did it because she “believed in herself.”

The response has been unbelievable said Danna Henderson, who’s voice could be heard in the video cracking with emotion, as she witnessed her daughter walk for the first time.

McCallum, 8, was diagnosed with Spina Bifida before she was born and medical experts have doubted her progress every step of the way, but each time she has proven them wrong.

On Sept 2, with steely determination and a belief in herself she decided to walk.

“I didn’t want her to feel pressure to walk,” said Henderson, who never tried force her daughter to walk. “Society already places so much pressure on us to be a certain way, so I didn’t want to add to that.”

However, Henderson’s father up until the day he passed, believed his granddaughter would one day walk - and she did.

“I am spiritual and I always think of things you can’t see, that day, I actually went out and got a memorial tattoo,” she said.

Henderson took an excerpt from a letter her dad had written her and had it permanently etched on her left forearm.

It says, “I know it is difficult however I want you to know I will always be with you in spirit, I miss you & love you much, Blue Eagle.”

When she got home McCallum said, “I can do it, Mom.”

At her daughter’s request, she pulled out her phone to record it, but didn’t anticipate how well she would walk.

“I was completely blown away,” she said. 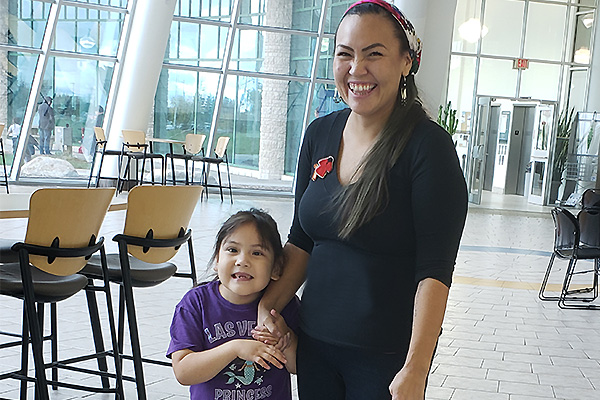 But what was even more amazing was McCallum’s words when she asked her, “What did you have to do?”

In the video a smiling little girl proudly said, “believe in myself.”

It is a simple yet powerful message that has resonated with thousands of viewers.

Henderson has been bombarded with messages from strangers telling her how inspired they were by the video and initially she was not sure how to react.

McCallum on the other hand is enjoying the sudden attention and has posted a couple follow up videos of her walking progress.

“I am the big sister and now I can walk,” she said.

Her younger brother Antoine is especially proud of his big sisters’ accomplishment. He knows with McCallum walking it means she can do more things like play more with him and their little brother Daynyn.

One of the new challenges, is keeping up with McCallum because she wants to walk everywhere.

“I’m still not sure how to feel about that,” Henderson said jokingly.

But all kidding aside she couldn’t be prouder of her daughter.

“With everything she has gone through, she inspires me to be a better person,” she said.

She believes the light that emanates from her daughter was captured in that Facebook video and its inspiring others.

“Believe in yourself,” is what McCallum wants people to do. “I believed in myself and now I’m walking.”