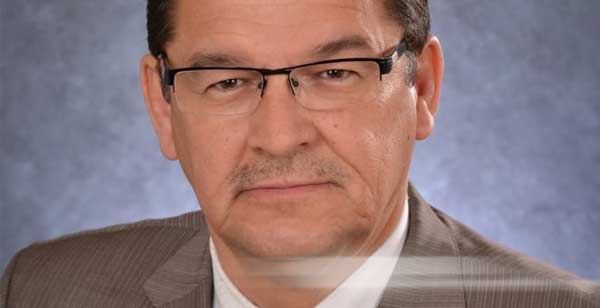 When Buckley Belanger was sworn in after winning the October 26 provincial election, he became the most senior MLA in the current sitting of the Saskatchewan legislature.

A Metis from Ile-a-la-Crosse, Belanger became the Liberal MLA for Athabasca in 1995, after three terms as mayor of the village 725 kilometres northeast of Regina.

After winning the seat eight times, Belanger is entering his 26th year in the legislature, where for the next four years, he is proud to say, “an Indigenous person will be the longest serving member in the assembly.”

“It’s always been white people longest serving there… It’s an accomplishment for the Indigenous people, not me,” Belanger said in a recent interview.

He could break the record for longest serving Saskatchewan MLA ever, if he goes for another term after this one, but Belanger says he will gladly forego the record if a younger Indigenous person wants to fill his shoes as the NDP candidate.

“What’s important to us is we keep the fight going (against) some of the injustices that our northern people in particular have had to endure.

“If there’s some young, smart crackerjack kid, he or she, looking for an opportunity, I’ll gladly step aside and help them, because that’s where our future is. I don’t want titles, I want a good transition,” he said.

Belanger wants to pay forward the support he has received from his family and community.

He was five when his mother, Lena, died, leaving his father, Leo, with seven children, 13 to six months old.

His extended family, “are the ones that really saved us,” he said.

“Sometimes kids can survive trauma if they have a good support system that will support them through the tough times. Where a lot of kids fail is when they don’t have that.

“So I was unlucky losing my mom at a young age but I was sure lucky in having a good, solid group of aunties, particularly aunties and uncles and cousins that kind of backed us up.”

Leo eventually remarried and his wife, Molly, was good to the children, Belanger said.

“The old man, he was pretty good…. He had all these kids and yet he never waivered once to give support. He gave us a lot of s**t too, when we done wrong,” he said with a laugh.

In his eight years as mayor, Belanger learned to respect the women, whom he saw were equal leaders with the men.

“They had the power and the ability to change things. Not diminishing the men’s role, but the women were really focused. You get seven or eight of them on your side and you let them do the things they want to do in the community, they’ll end up protecting you… They’re very loyal,” he said.

As mayor he saw how important a role the province played in the fortunes of local communities and accepted the Liberal nomination to run against the popular NDP incumbent, Fred Thompson.

“I fought like a son of a gun. It’s a good thing I come from a big family. I called in every favour and every family member.”

In Regina, he was elected chair of the Liberal caucus but was caught off-guard when conservative-leaning members within the caucus turned against Haverstock, resulting in her resignation.

After that, he was treated like an outsider by other caucus members, who sometimes voted on decisions when he was out of the room. He arrived at work one day to discover another member had taken over his office and moved his belongings out.

He decided to leave, but instead of simply crossing the floor to join the NDP, he resigned, so those who had elected a Liberal could decide whether to keep him.

In that 1998 by-election, Belanger won by a landslide that probably has never been matched: he garnered 94 per cent of the vote, while the Conservative and Liberal candidates split the remainder.

He is proud of the work the NDP did with First Nations and Metis communities in the north and is critical of the Saskatchewan Party, who he says have shown they don’t care about Indigenous people.

He still resents the Sask Party decision to give northeast Saskatchewan timber rights to a British Columbia company that has since bought the Big River sawmill. Too few forestry jobs go to Indigenous people, he said.

Looking back, Belanger says perseverance and appreciation for oneself and others are necessary in working for the people.

“I’ve made lot of mistakes. You gotta pick yourself up again. Sometimes we’re a little bit too tough on ourselves… We don’t have to eat one of our own if mistakes are made. Other people beyond the Indigenous community make a lot of mistakes.

A sense of humour will also serve one well, he says.

“You’d use humour to diffuse situations… Humour is so very necessary but understand sometimes you have to park the humour to deal with very serious issues as well.”