Changing of the guard at Eagle Feather News 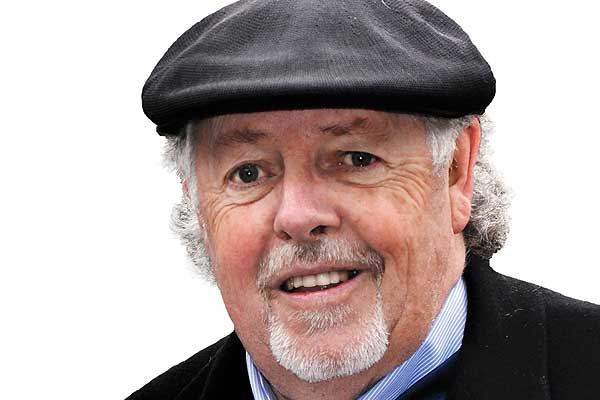 For more than 20 years, every month, all 240-plus of them, I’ve helped with the production of Eagle Feather News.

My role was to edit the stories submitted by freelance and staff writers and to layout the pages.

When John Lagimodiere asked me to get involved, I thought it would be a long-term arrangement. Now, just 20 years later, it’s come to an end.

Just kidding, it’s been a long run and a satisfying one that has had its share of ups and downs, but now that John has stepped back and handed the reins to a talented crew of journalists, we can reflect on two decades of accomplishment.

Publishing a newspaper that was committed to telling the stories of Indigenous communities in a vast and diverse province has always been a challenge and until John arrived, no one had done it successfully for an extended period of time.

And now, with the arrival of the Internet and social media, the challenges are even greater. Struggling to be relevant in a world that has a shorter attention span and devours its news in bits and bytes is increasingly difficult.

Advertising dollars are shrinking. Both the federal and provincial governments have cut back on their spending in print publications and that has hurt newspapers across the country. Eagle Feather News is no exception.

Other, once-loyal advertisers, are opting to target their audience through social media, including websites such as the excellent one managed by Eagle Feather News.

But that doesn’t have to be a bad thing. And with the arrival of new talent, Eagle Feather News will adapt and flourish in the modern environment. You can expect a fresh look in the print edition; a strong connection to the communities Eagle Feather has always served and enhanced coverage of the important issues of the day.

I’ll be forever grateful to John and Deirdra for allowing me to be a part of Eagle Feather for so many years.

The connection to the First Nations and Métis communities that I’ve made over the years is something I’ll always cherish. The doors that were opened to me were welcoming and fascinating.

Within the hallowed halls of the original Eagle Feather News building on Avenue N South – oh, the stories those walls could tell – a cast of unique characters combined their talents to produce Eagle Feather.

It’s a story of service to the community and growth.

When John and his then-partner came to visit Saskatoon Free Press publisher Bill Peterson and myself to talk about their plans for Eagle Feather News, I’ll admit I was skeptical. I knew the history of Aboriginal publications in Saskatchewan and it wasn’t pretty. And, in our opinion, the business plan articulated by John’s partner was flawed.

Fortunately, John had a better plan and I can tell you it involved giving back more to the community than he ever garnered from the newspaper. There was support for virtually any and all organizations that were also serving their community. Theatre companies, sports organizations, struggling First Nations communities and more benefitted from John’s generosity as the paper found its niche and grew.

Growth, too, happened within the writing fraternity.

I watched proudly as the writers found their voices. Their messages became sharper, their confidence grew. Many went on to successful careers with other media organizations or found employment in the public sector or in the world of academia.

Saskatchewan is a better place because of Eagle Feather News.

I am proud to have been a small part of the journey.