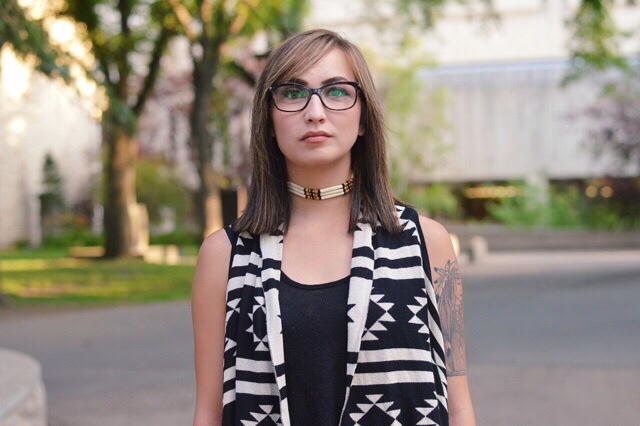 Indigenous Veterans who voluntarily fought for Canada in the World Wars were not treated with the respect and recognition they deserve(d).  The effects of this negative treatment permeated other facets within Indigenous communities, such as Indigenous women, children and elders. One such example involves my Great Grandfather George Badger, who fought and died during his service in Hong Kong, leaving my Great Grandmother Sarah at home to raise my Grandfather and later my mother and auntie on her own.

The legacies of warfare on our Indigenous communities continue to be felt today. One battle which often goes unmentioned is the War of 1812. This war was won with Indigenous allies that led to the establishment of Canada. Sadly, as is the case of the World Wars, the role and importance of Indigenous veterans in the War of 1812 has been trivialized over the centuries. A way to start properly recognizing Indigenous veterans is to honor the Indigenous allies who fought in this war, whose participation was fundamental to the creation of Canada.

Since I can remember, the acknowledgments of the Dakota peoples’ relationship with lands situated in Canada, and in particular Treaty 6 territory, have gone unrecognized.  For the Dakota, this compounds the harmful legacies of colonialism and continues to deny the importance of their contributions to Canadian society, one such example being my ancestor’s participation as an ally in the War of 1812.

One of those allies was the Dakota people, who finally received acknowledgement from Canada through medals in 2012 at the bicentennial commemoration for the war of 1812. Therefore, the Dakota people’s alliance and presence within Canada is evident through participation in the War of 1812 forming Canada. As a Dakota-Winyan it is offensive to not be acknowledged within Canada.  The Dakota have been labeled as U.S. refugees, which is politically incorrect. This misrepresentation continues to deny our existence within Canadian borders. What good are medals if we are not acknowledged on our own territory?

While I applaud the fact that land acknowledgments have been woven into prairie presentations and protocols, many, if not all of these land acknowledgments are premised on the notion that the signatories to Treaty 6 were the initial inhabitants of this land. The Dakota presence at Treaty 6 signing was denied and therefore is still not acknowledged when all other First Nations who were signatories are acknowledged. As treaty negotiations with my Dakota nation are ongoing, we are undertaking the daunting task of reintegrating our Dakota societies into Treaty 6 territory and within Canada itself.

When we discuss these issues of recognition and respect of veterans who have come before us, we show respect and honour those who have fought for this country. I think it is vital we remember all the allies and do not overlook the dedication Indigenous allies have done for this country.  In a more specific context for myself, it is the remembrances of the Dakotas which prevents leaving them out of the fabric of this country.

There is a statue front and center of Saskatoon in front of the Victoria bridge of the founders of Saskatoon. In this statue, Chief Whitecap is showing John Lake where to settle Saskatoon. Many partnerships have been built with the Whitecap Dakota community, yet are denied in land acknowledgments as a clear indicator of the history where Dakotas were denied Treaty. The acknowledgement of these wrongs has still not been corrected nor shared and known with the wider Canadian society.

There is archeological evidence and oral stories which show Dakota used and occupied land in Canada and it seems as though there is a hard time accepting Dakotas were traditionally in this territory. This misrepresentation and bias have been internalized in our minds that stems from governmental policy authorities who denied Dakotas presence.