Op-ed: Invest in the Arts

It is individuals like Elder Ray Fox that make the world go round. 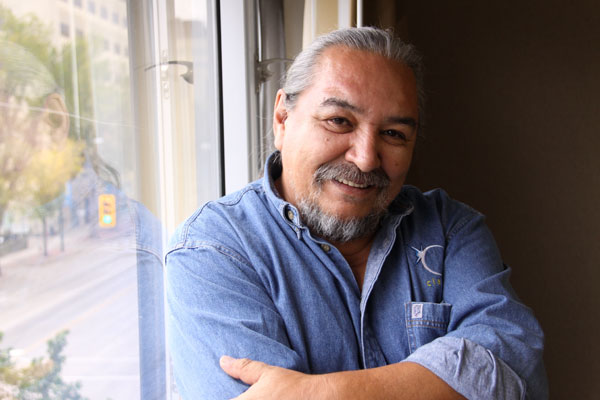 A community leader in numerous fields, Ray has been acknowledged for his decades of public service by being awarded the Saskatchewan Volunteer Medal by Lt.-Gov. Vaughn Solomon Schofield.

Ray has a history of service that would make most people’s heads spin. He has over 20 years working in the Friendship Centre movement and is now a Senator for the National Association of Friendship Centres (NAFC).

Since 2006, Ray has served with the SaskCulture First Nations and Métis Advisory Circle and that’s where I first got to really know Ray. I was fortunate to facilitate a session with Ray in it.

SaskCulture and the SaskArts Board wanted to know how to better serve the community and they gathered a room of movers and shakers in the Aboriginal arts community to get feedback. Whenever Ray spoke in the group, people listened intently and with respect. His wisdom and calm delivery manner showed deep insights and patience, but he also spoke with a sense of urgency in investing in Aboriginal artists.

It would be fair to say that the First Nations and Métis Advisory Circle at SaskCulture has led to many artists in Saskatchewan accessing funding to help hone their craft and to survive with a bit of money. Those programs, because of input from folks like Ray Fox, can now access these funds on reserve, something that was unheard of ten years ago.

Ever humble, Ray says he doesn’t volunteer for himself; it is for a higher purpose.

“Volunteering is an important part of my life for several reasons, not the least of which is my son and grandchildren. I have, in my later years, become disgruntled and disappointed in the churches and indoctrination, so volunteering is my way of giving thanks to my Creator and trying to help my fellow man.”

Looking to expand his public service, Ray Fox is also now the Liberal candidate in Battlefords-Lloydminster for the next federal election. He’s the kind of guy you want working for you.

Men and women in Saskatchewan are very grateful for all that he has done for the community and for our artists. Activists like Ray deserve recognition. Imagine no volunteers in the community or arts sector. Imagine. Keep up the good work Ray. And thanks.

Can anything move you more than a powerful play or movie? That one song that captures all of your emotions? That particular piece of art that just catches your eye and says something to you? The arts are powerful and an integral part of our community and life. Upon reflection, I have tried to capture my favourite artistic moments in no particular order. What are yours?

1. My first big concert. Supertramp in the Winnipeg Arena 1982. The Logical Song and the first time I saw people smoking stuff in a stubby little pipe. Enough said.

2. The first time I watched the movies Apocalypse Now, Ishtar and Wizard of Oz. Three favourite movies of all time.

3. Acting in the play Wizard of Oz in Grade 9. I was a general in the army of Oz and I had two solo lines totalling two words. Nailed em!

4.  The first time I witnessed Andrea Menard sing. It was a Saskatchewan Native Theatre Company (SNTC) event and she sang her acapella song “Half Breed Blues”. Once the song ended, there was a distinct pause as the audience gathered itself after the powerful song. She then got a standing ovation. I still get the tingles remembering.

5. Seeing the Rolling Stones in Winnipeg in 1994 and Regina in 2013. The moon over the stadium in Regina was something else.

6. Any play created by the Circle of Voices youth at SNTC.

7. Meeting two Canadian cultural icons Gordon Tootoosis and Tantoo Cardinal for dim sum on 20th Street when they asked me to be on the board of SNTC.

8. The Junos Aboriginal Showcase in Saskatoon in 2007.

9. The first time I saw the Tragically Hip. It was 1990 at the Sutherland Bar, for goodness sake.

10. Witnessing The Walking With Our Sisters moccasin vamp showcase at Wanuskewin. Ten steps in I was reduced to tears.

Be like Ray, invest what time and resources you can in our artists. They make our community better, they inspire us and they give us lifetime lasting memories.