What are we going to do about it?

Daleen Bosse Muskego. Tamra Keepness. Karina Wolfe. Loretta Saunders. Tina Fontaine. Say one name a minute, and 20 hours later you’ll still be talking. Tweet one a day like Gregory Scofield, and four years later you’ll still be going. The relatively low number of Aboriginal women in the population versus their over-representation in missing/being murdered is comparably equivalent to a city the size of Saskatoon being disappeared.

Pressure is building for a national inquiry on missing and murdered Aboriginal women (not to mention children, and men.) More importantly, on taking action. But Stephen Harper has once again dismissed the need, calling Tina Fontaine’s death an isolated crime, not a sociological phenomenon. Simplistic and wrong-headed, when it is a clear pattern with historical and current sociological root causes and context. Furthermore, crime is by definition sociological – but this is the same Prime Minister who created the phrase “committing sociology” – so maybe sociology and crime are closer than he’ll admit. 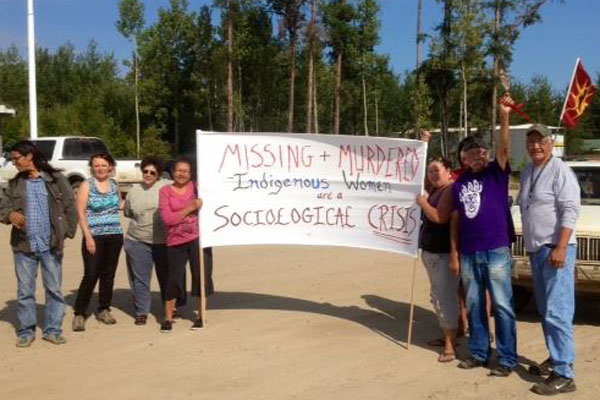 Other articles are wrongly stating new RCMP statistics show Aboriginal males are to blame: let’s talk about that. Firstly what the report doesn’t emphasize is that 20%, or 1/5 of the cases they looked at, are unsolved (225/1181) which means they have little or no data for every fifth woman missing/murdered.

Headings like “knowing their victims” are vague and undefined – but obviously reporting on what was relayed by/about perpetrators, not views/perspective of deceased victims, something especially important when it comes to analyzing acquaintance level, motives or context. It is crime analysis framed by criminals and a broken justice system, not by the victims, families, and communities.

When the report states murder was committed by a spouse or acquaintance, non-Aboriginals sometimes assume that must be another Aboriginal – which of course isn’t necessarily the case. The report notes Aboriginal women are at least 12% less likely to be killed by a current or former partner than non-Aboriginal women in the solved cases. The RCMP say 68% of deaths occurred in “a residence” – but not whose residence, and this also ignores those still missing. There is a lot of vagueness and misdirection, but enough statistics that other people can misread or spin them out of ignorance – or malice.

Whether it is non-Aboriginal or Aboriginal men carrying the violence out, male privilege and the devaluation of women, Aboriginal women in particular, is a direct result of colonialism and the history of this country. Aboriginal people, in general, and women in particular, have been treated with disrespect and devalued in wider society. (See: http://mediasmarts.ca/.../media-portrayals-missing-and...) We are all – Aboriginal and non-Aboriginal – products of a racist, colonial country. This is our shared cross-cultural heritage; how do we overcome it? What are we going to do about it?

Premier Wall and the other premiers are unanimously calling for an inquiry: great. Let’s start in each province/territory, and then pool our information. Here is Wall’s chance to be a leader not just by word but action. Why follow a leader who is clearly not a leader (i.e. Harper)?

Christi Belcourt, who called out for 600 beaded vamps and received nearly 2000 in the travelling memorial “Walking With Our Sisters”, asked on social media today, “What do you want the inquiry to look like?” Let’s start framing it: it is going to happen one way or the other. Tonight she asked: “Why not a commission?” Even better. Emil Bell and Donna Gamble are walking for our sisters this month, while the SK community prepares to welcome back the “Walking With Our Sisters” vamps at Wanuskewin in November. The time is now.

Tina Fontaine was 15 years old. She was not by any means the first Aboriginal female youth to be assaulted, killed, and tossed aside. We all want her to be the last, but as I write this, someone has told me the body of a young woman was found in Ottawa’s Rideau Canal. Would Harper change his tune if it was three times more likely his daughter was being pulled out of the water tonight?

I grew up knowing about Betty Os borne, knowing society allows this to go on and on and on. In SK not that long ago, a 13 year old Aboriginal girl was raped by young men who were excused while the victim was blamed by the Caucasian male judge. These are female CHILDREN. Being sexually assaulted and/or killed by males who feel entitled to do so, rarely facing consequences let alone deterrents. It's not just an isolated crime, it's a pathology. A social pathology. A widespread pattern. And it's upheld by the status quo who benefit from it, and those who do not actively resist it.

Ask yourselves what the inquiry – no, the commission – should look like, and how we can take action. 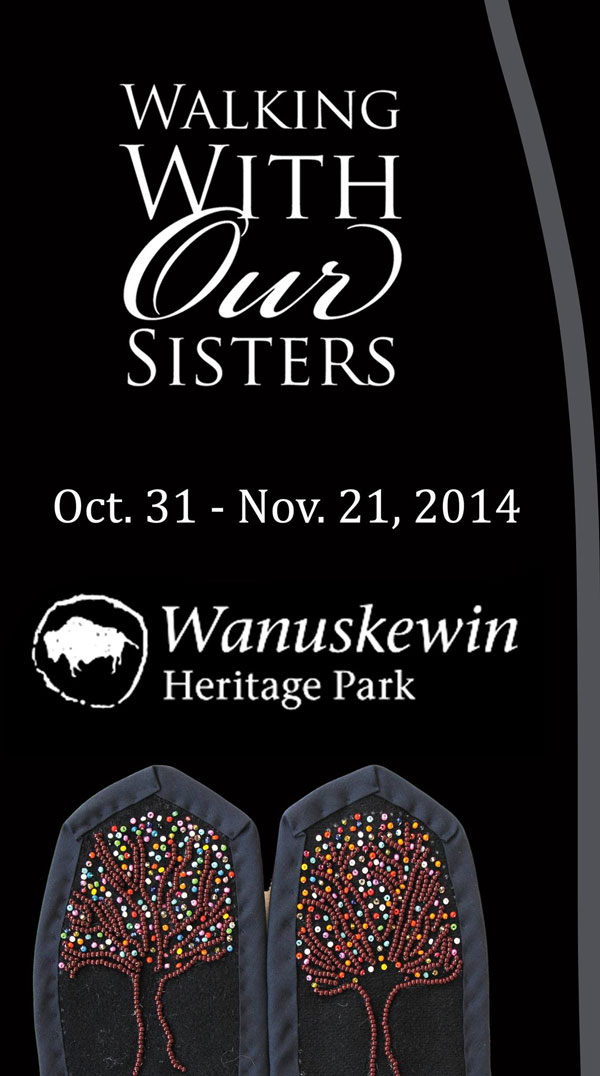