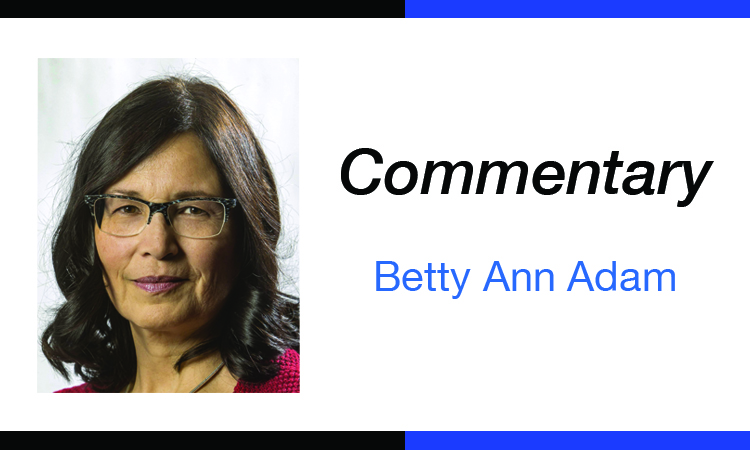 It has been disheartening and infuriating to see the response from so many layers of Canadian society to First Nations people exercising their Treaty right to fish in Nova Scotia.

The non-Indigenous commercial fishers have demonstrated arrogant ignorance of the Constitutional precedence of Treaty rights over fishing regulations.

The RCMP has stood by, allowing criminal actions against the Mi’Kmaq. The mobs destroying property, committing arson, intimidating fishers and those who do business with them, would never be tolerated by the RCMP if they were Indigenous.

If Indigenous people did what commercial fishers are doing, they would be called terrorists.

The federal government has failed to uphold Mi’Kmaq Treaty rights and has failed to order the RCMP to do its job. It has made halfhearted promises to help solve the problem it created by failing, for 20 years, to clarify interpretation of the 1999 Supreme Court’s Marshall decision.

The Supreme Court of Canada opened the door to all the confusion when it weakened its original decision in the case of Donald Marshall, the Mi’Kmaq man who fished eels out of season.

Senator Murray Sinclair has pointed out that the Supreme Court originally said the Mi’Kmaq have the right to fish as they did at the time of Treaty.

When the Mi’Kmaq began exercising that right, commercial fishers, unhappy that Indigenous people had what appeared to be an absolute right to maintain a commercial fishery, responded by burning Indigenous boats and lobster traps. Even the Department of Fisheries and Oceans rammed Mi’Kmaq fishers on the water, which Sinclair, a former judge, considers illegal.

The Supreme Court then revised the decision, inserting the words “moderate livelihood” to limit the right.

The apparent willingness of the Supreme Court to be swayed by violence then, maybe emboldening commercial fishers today.

Sinclair also noted that it wasn’t the Mi’kmaq who overfished and necessitated limits on harvesting.

Institutions of state are so often unfair to Indigenous people that it has been normalized.

Mainstream journalists often report the Mi’Kmaq fisheries story from a colonial perspective: saying for example, that the Crown “granted” the Mi’Kmaq the right to fish, assumes it had the power to grant anything, instead of considering that the Treaty granted settlers the right to live on this land as long as they didn’t interfere with the Mi’Kmaq’s fishing.

It would be more accurate to say the Crown promised to respect the right.

That change in perspective draws attention to the Crown’s failure to keep the promise and it is not the way most Canadians see Indigenous rights claims.

Canada likes to see itself as a kind and decent nation, claiming a moral high ground because it made Treaty with “its” Indigenous people instead of waging war and slaughtering them as blatantly as the United States did.

But beneath its mild façade, Canada knows its wealth is built on plunder.

Europeans came to Turtle Island and exploited the decency of Indigenous Peoples, who lived by an abiding belief that a hungry person shames us all.

Once the colonizers were established and not reliant on Indigenous people anymore, they stole the land, sold it among themselves and enriched themselves. Fortunes have been made off the land and the once-teeming waters.

There has always been enough to share, yet Canada’s history is rife with violence against Indigenous people perpetrated by white men with a superiority complex.

Canada used starvation to control the people, confined them to reserves with the illegal pass system, stole the children, banned legal representation for Indians and shut them out of the market economy.

Indigenous people fighting for their rights to their land and food have been met with Canada’s military and policing forces. Think of the Métis in 1885, or the starving Cree Treaty signatories at Frog Lake and Battleford that year, or the Mohawks at Oka in 1990, or the Wet’suwet’en in 2020.

As modernity has brought criminal colonizing practices into disrepute, Canada has made incremental concessions, but one of the most difficult seems to be unbarring the door to economic equality that will come when Indigenous rights are honored.

The Supreme Court has issued hundreds of decisions in favour of Aboriginal rights, but governments tremble at the thought of the fiscal cost of making good on those obligations.

It seems Canadians don’t care if Indigenous people are treated unfairly if it means paying reparation.

At the current rate of resolution, it will take hundreds of years for all the Indigenous claims to wind their way through the courts.

Racism is the sickness Canada lives with to convince itself that it doesn’t need to, or can’t afford to, stop infringing on Indigenous rights.