Progress was made on many fronts, but the Métis Nation - Saskatchewan plans to keep the momentum going in the new year. 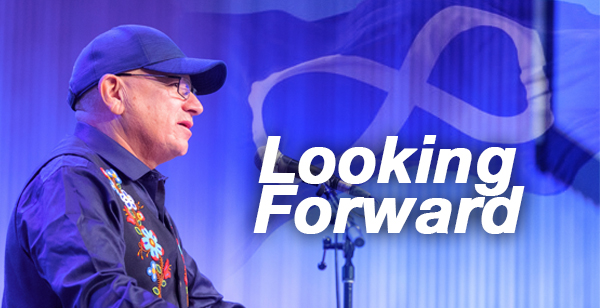 In his first term, the MN-S had no employees or even an office space. It started with an MOU framework to a core governance agreement with the federal government that has resulted in funding dollars for post-secondary, housing, Métis child and family, and economic development.

“Today, we have two offices (and) we have 145 employees that work for us,” said McCallum. “So we’ve done pretty good.”

Last year, the MN-S budget was over $90M and the organization was successful in negotiating, not one, but two historical agreements, both of which will improve the lives of its Métis citizens now and in the future.

Most recently, the MN-S and the University of Saskatchewan (UofS) signed an agreement on Métis citizenship and identity.

“They are focused on our government and looking at our structure in regards to how we bring citizens into the Métis Nation,” said McCallum.

It's historical because it was the first time an institution in Canada has agreed to work with the Métis in such a way, he explained.

The UofS agreed to rely on the MN-S citizenship registry to determine whether or not a person is eligible to access its Métis-based opportunities.

The president said the MN-S is more than willing to work with any other organization, group, city or municipality interested in creating similar agreements.

“There are a lot more folks who are knocking on our doors,” said McCallum. “I’ve talked to a few individuals like the mayor of Saskatoon, the mayor of Prince Albert and there are other folks like the RCMP and the provincial government.”

Progress has also been made when it comes to the right to hunt.

Presently, the Métis can hunt in the Northern Saskatchewan Administration District, which covers the northern half of the province.

“Right now, what we are talking about and what our people have been negotiating, is an agreement right across the province, in regards to harvesting,” said McCallum.
The MN-S has signed an MOU harvesting agreement with the province, but is expecting to sign one with the federal government sometime this summer.

McCallum said such successes are great, but unifying the nation is what matters.
“If we don’t engage with our grassroots people then we don’t have nothing,” he said.

McCallum believes the work currently underway with its citizens is paying off, which was evident in its recent election.

“It was understood by our citizens, the importance of having your citizenship card,” said McCallum.

He believes the registry provides consistency for the Métis Nation.

The MN-S is working to become more inclusive of women, elders, veterans and youth. Currently, women hold the majority of seats on council.

However, there is still a lot more work to be done on other fronts.

“We have to start to look into assets in terms of, ‘What do we have and what are we capable of?’” said McCallum. “But more importantly, at the same time, is working with big businesses where the procurement policy needs to be addressed, the duty to consult and accommodate needs to be addressed.”

Economic development will be a major focus in 2022.

“What a lot of people don’t realize is that through SMEDCO (SaskMétis Economic Development Corp.), we have over 1,500 small businesses in Saskatchewan - we have to start promoting that,” said McCallum.

Overall, he is looking forward to continuing to build a strong foundation for the Métis Nation.