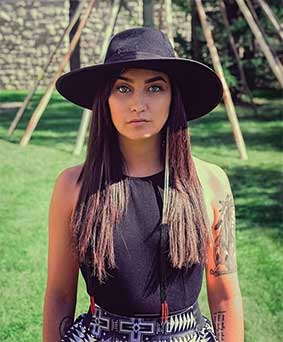 Indigenous Peoples day is every day. Every day we are working towards taking back our land, space and power and praying for healing. There is fire and passion that burns from deep inside that is in our spirits from our blood memory and from the injustices we have experienced. We want better, we want to give our children better and, as we discover who we are, we reclaim our power. The power is and always has been within us. It is not handed to us by someone else.

Taking back our power means addressing the abuse of power being used against us to keep us from healing. We have become so used to the imbalance of powers, we need to break this cycle so we can truly celebrate National Indigenous Peoples Day and restore that balance. The reality is that Indigenous peoples are the fastest growing population in Canada. We need to be organized how we traditionally were, but in a modern context. So, we can assert our jurisdiction and we can create solutions that come from within and not from someone else reaching in. The Indian Act has done its toll on dismantling Indigenous nations and families.

This colonial system does not define us, yet they take it upon themselves to do so and keep us in a legal quagmire between federal and provincial powers and this does not recognize the nations that straddle the international border of Canada and the United States. We define us and our actions define us. We are self-determining and we need to take back that power collectively. So let’s celebrate Indigenous peoples without ignoring the serious injustices that this system imposes on our lives and healing.

The system we are born into has not been created by people of color (“POC”) for POC. This is demonstrated through the ongoing state violence against POC. The police violence, the missing and murdered, the over representation of POC incarcerated, and within child welfare systems is evident. When will enough be enough? Systemic oppression is a common theme throughout the lives of POC. We are coming to a point where we are acknowledging systemic oppression and how it continues to be a obstruction to healing. This is not about comparing historical and ongoing oppression: there are similarities POC face and holding space and showing up for one another is vital.

George Floyd is one of the most recent victims of police brutality. George is an African American man who was killed by a white police officer in Minnesota. He was not resisting arrest: there is a recording which confirms this and that there were three other officers present, who were helping hold George down while officer Derek Chauvin put his knee into George’s neck until he was dead. His pleas for help were ignored and he was treated as if his life did not matter.

Protests initiated in the United States have started a movement that is bringing to light all the ongoing injustices. We need to harness that energy to stop the systemic oppression so that hopefully our children won’t have to. The first step is acknowledging the issue and no longer denying that systemic oppression and police violence is not only confined to the United States. This is an issue all over the world and in our own backyard in Canada and Saskatchewan.

This April 2020 three Indigenous people were shot and killed within a 10-day span by Winnipeg Police officers: Eishia Hudson, who was only 16 years old, 36-year-old Jason Collins and 22-year-old Stewart Andrews. The starlight tours are notorious in Saskatoon. This cannot be denied any longer. As much as some people have a hard time believing racism and state violence exists and is still happening, the fact is that it has never stopped happening. Now that these atrocities are able to be recorded, people are seeing the system for what it truly is and how it continues to oppress and murder POC.

We are mad, we are sad, we are sick, we are tired, we are healing, we are resilient, we are so much more then we can even imagine. We cannot forget we are emotional beings and our health holistically matters. I celebrate National Indigenous people’s day every day as a Dakota winyan, but I cannot forget about the ongoing gross amounts of injustice POC continue to face.

As Indigenous peoples we stand in solidarity with the Black Lives Matter movement and their liberation. We need to be healthy, organized and have a strategy as to how to rebuild these systems together, where all voices are heard, and healing is permitted.