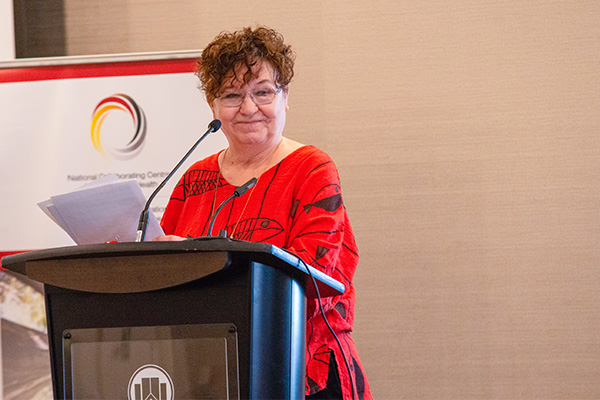 Canada has long been considered one of the safest places in the world to live. Today, many dispute this claim, particularly Indigenous women who are the first affected and still topping the list of those most dispossessed by colonialism.

When a political power forces its way of life and imposes its institutions onto a people, as the British and the Canadian state has onto Metis, First Nations and Inuit Peoples, the women are the first to pay the price, a terrible price that compounds over time.

Since the release of the Royal Commission on Aboriginal Peoples, the Truth and Reconciliation Commission and the recent inquiry into Missing and Murdered Indigenous Women and Girls, Canadians are becoming aware and are beginning to acknowledge its history’s long period of colonial darkness. However, acknowledging colonialism alone does not end colonial attitudes and the residue of its racial societal imprint. Colonial racism persists in Canada. Reconciliation will be difficult, and healing will be measured in long-units of time, generations in fact.

Another colonial dispossession that has come to public awareness is the forced and/or coerced sterilization of Metis, First Nations and Inuit women. The residential school system and the Sixties Scoop robbed Indigenous communities of their children. Forced and coerced sterilization robs Metis, First Nations and Inuit women of their capacity to give birth.  Birthing, for Indigenous peoples, is viewed not only as a sacred contribution to the family and community, but as a strengthening of the relationships to the land, nature and cultural relationships, and as a way to teach and transfer knowledge to the youth involved in serving at the ceremony of sacred birthings.  Today, forced sterilization is another chapter in the colonizers cruel chronicle of dispossessing Indigenous life.  The depth of the visceral trauma of losing this ability is staggering.

In Ottawa, on January 28th and 29th, the National Collaborating Centre for Indigenous Health assembled stakeholders (community, professional, government, Metis, First Nations and Inuit leaders) to see how the practice of sterilization could be stopped. The outcome was hopeful.

The conference participants, including the pledge by the Saskatoon Health Authority who were instrumental in bringing this issue to light in the first place, committed to a joint declaration with an aim to:

We also discussed putting in place a foundation that would administer programs that help the healing process and help rebuild their community life, including funding for treatment of affected individuals and their families and a gathering of survivors as a next step.

Gaining awareness of the forced and/or coerced sterilization of Indigenous women is a reminder of how racism remains all too present in determining social relations in Canada. Be it at a clinic, in the school yard, at the hockey rink, at the hospital, on the bus, wherever Canadians cross paths, more efforts are needed to rehabilitate and build relationships and to find paths of reconciliation.