Op-ed: The lasting legacy of the late Tony Cote

July 31st marks a day that Turtle Island lost an incredible man – Mr. Antoine “Tony” Cote. He passed away at the age of 84 due to health complications, surrounded by family and loved ones during his last breath.

I had the honour to sit with the family at the Regina General Hospital while they brought Tony down to the Native Health Services smudge room.

I sat and listened to various stories of Tony from his loved ones. Although I was saddened, I felt comforted to know more about the life he had lived. I reflected on the time I’ve known Tony. 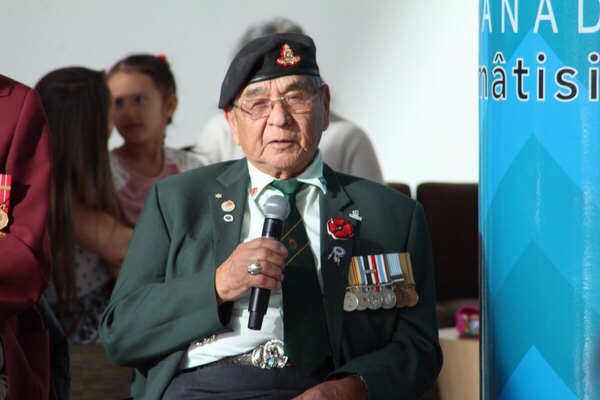 I first moved to Regina back in 2006 to pursue my post-secondary studies at the First Nations University of Canada (FNUniv). Tony worked as the university’s commissionaire and he sat a kiosk greeting people who walked by. There was something about Tony that made him feel like a moshum so I approached him and introduced myself. We talked about who he knew from my home reserve of Beardy’s and Okemasis Cree Nation. After that, I was comfortable enough to stop by his desk to chat.

During my early morning classes at FNUniv, I would stop at the University of Regina’s Tim Horton’s café and buy us coffee and breakfast sandwiches. He always had an empty chair beside his desk so I would sit and eat beside him catching up on the latest.

I remember one time, a few students walked by us during our morning visits. He leaned in and whispered that they are dating so and so. I looked at him with a surprised look and replied, “How do you know that?” And his response, “I know a lot that goes on here.” We laughed.

One summer, I attended a powwow in Keeseekoose First Nation. I drove around the Cote reserve searching for Tony’s house to shower up. After almost an hour later, I finally found his house. He opened the door with a happy look on his face. He greeted my daughter and I with open arms. He fed us porridge, toast and tea. I admired all of his artwork and his memorabilia of his awards. My daughter was infatuated with his collection that she started digging around. I tried shooing her away from touching everything and Tony said, “Ahh, just let her be.” One of my favourite memories of him.

Over the years, I’ve learned so much about my friend, Tony.

Tony is from the Cote First Nation. His great grandfather was Chief Gabriel Cote who was the main spokesperson for all the Saulteaux Tribes during the signing of Treaty 4, September 15, 1874. He was a survivor of the Indian Residential School era, which was the most terrible experience of his life. Tony was a Korean War Veteran – 25th Infantry Brigade, 81st Field Regiment RCA. Tony was Chief of Cote First Nation from 1970 to 1978.

Tony was the founder of the Saskatchewan Indian Summer and Winter Games. He held the first Saskatchewan Indian Summer Games in Cote First Nation 1974. Fast-forward forty-four years later, the games were renamed to the Tony Cote Winter/Summer Games two years ago to honour the sports enthusiast. At the renaming ceremony, I had the privilege to interview Tony and ask him his thoughts on the games being named after him.

“I’m very proud of it...they will always be mentioning my name,” said Cote in an archived interview. “At least I’ll be known for a while anyway.”

Aside from establishing the summer/winter games, Tony also established the first all-Native Junior ‘B’ Hockey team in Saskatchewan in the early 70s. He managed a women’s fastball team that took them as far as the National Indian Activities Association championships and he formed the first all-Native Old-Timers hockey team called the Wagonburners where they competed in Alberta, New Brunswick and even as far as Florida.

Throughout his lifetime, Tony had many accomplishments that earned him awards to recognize his contributions. He received the Tom Longboat award in 1974 for outstanding sportsman, the Saskatchewan Order of Merit in 2008, he was indicted into the SK Sports Hall of Fame in 2011 and received the Queen’s Diamond Jubilee in April 2013. In November 2018, Tony was amongst eight Indigenous athletics who were inducted into the Saskatchewan Sports Hall of Game at the University of Saskatchewan (U of S).

That’s a lengthy list of accomplishments. Everything he has achieved in his life will leave an everlasting legacy for many generations to come.

I am proud to have known Tony all these years. I will cherish the memories, stories and the words of encouragement he left me with. My condolences go out to this family, his home community, Saskatchewan Indigenous Veterans, FNUniv, his friends and all that knew and loved him. He will be missed dearly but will live forever in our hearts. Rest In Paradise, my friend. 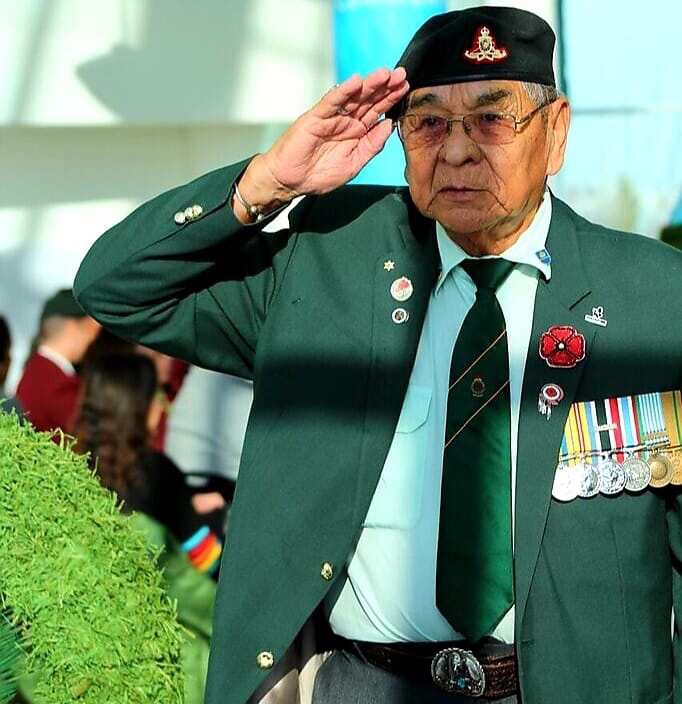 Tony Cote was a Korean War Veteran, an Indigenous leader, and sports enthusiast that led to the creation of Saskatchewan Indigenous sports. He also had pivotal roles in the formation of FSIN, FNUniv and bringing NAIG to Regina. These are only a few of the accomplishments that Tony has left the Turtle Island with. RIP, Elder Cote. Stock photo