Op-ed: This year, choose to lead

There is little doubt that 2018 is going to be a year where leadership at all levels of the community will be so important. 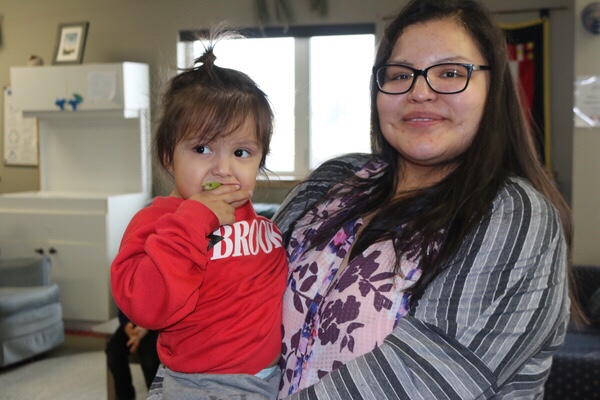 Janelle Thomas, seen here holding her son Kirion, has gone from being a client at the Mother’s Centre to peer mentor and is now a member of the board of directors of the organization. The Centre is currently on a fundraising campaign so they can continue their important work supporting mothers and their newborn babies. Photo by Andrea Ledding

The year will be challenging. Times are tough. Government has been cutting. Natural resources prices are low. Too many of our children are in care and poverty indicators are worsening.

And to top it off, before the end of January, the Gerald Stanley trial begins in Battleford. He is the man charged with second-degree murder in the August 2016 death of 22-year-old Colten Boushie, a member of the Red Pheasant First Nation, an event that polarized our province and exposed a lot of racism.

Big issues like the these shine the spotlight on our high-profile political leaders. We will have a new premier by the time the trial starts and he or she will have to have a steady and pragmatic hand to take the reins in a tumultuous time.

Chief Bobby Cameron and the team at the Federation of Sovereign Indigenous Nations will also be looked at for leadership as these high-profile issues will be played out in the media. It’s a hard part of their job and that’s why we elect them. We turn to them at times like this. No pressure folks, but we really need the A Game from you all in 2018.

Our politicians can’t do their jobs alone though. Whether you are an academic, a writer, a coach, welder or business owner we all have to chip in one way or another. Help out.

Willie Littlechild, who has served in a number of high-profile positons, including on the Truth and Reconciliation Commission and the Commission on First Nations and Métis People and Justice Reform, challenged us to be “Champions for Change”. He knew the positive changes that are essential to improving the lives of Indigenous people were going to come from within. Perhaps, as a former Member of Parliament, he knew better than anyone that we can’t wait for government to legislate change.

Community champions can help move agendas and build bridges sometimes better than politicians because the relationships and hard work have to happen at the grassroot and neighbor to neighbour level on a day to day basis.

Often overlooked in the big picture are folks in leadership like Janelle Thomas. Sometimes you don’t see or read about them but Thomas is one of the unsung heroes who is playing a strong role in lifting up our community.

Janelle is a board member of the Saskatoon Mothers Centre at Station 20 West, a place that made a difference to her when she was a new mother. Our writer Andréa Ledding did a great article on Janelle and the Mothers Centre for our website.

Janelle was having a tough time after her first baby.

“I got the support I needed to be a healthier mother and to make better choices,” said Thomas of the Centre that according to her offers breastfeeding support, sewing classes, cooking classes, book studies, and nonviolent communication parenting groups. They also supply food, a space for visiting and child and baby supplies.

Because of the help she received from the Centre, Janelle wanted to return the favour. She became a peer mentor and hostess and then went on to become a member of the board of directors. And she and her fellow board members are having to work real hard. Right now, they too are victims of the economy and are struggling to keep the doors open after having had their budget cut substantially in the past two years.

Now they hustle for every dollar. Fundraisers, BBQs, fall suppers, selling items online and even a GoFundMe Page are on the agenda, turning every rock to find funds to keep the place running. Donations are coming in and the public has reacted well, but everyday is a struggle. And remember, most of these people are volunteers.

They do this because it matters. Janelle does it to give back and because she still needs to continue receiving support for her and her son Kirion.

Premier, Chief, President, board member, volunteer. Leaders. 2018 will need them. Support them. Or be one. Help out. Janelle is. The more the merrier.