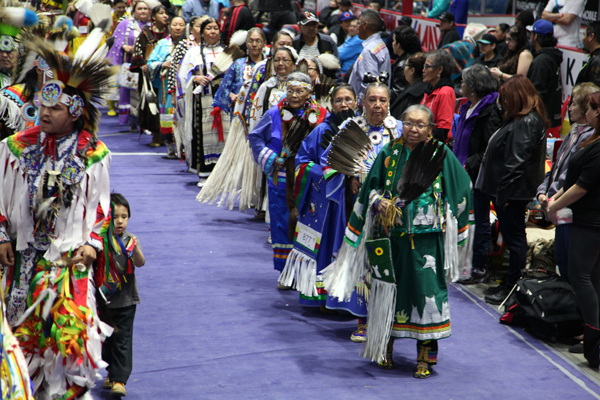 Indigenous educator, activist, journalist and politician Wab Kinew has been telling scientists and health care professionals for years that culture is medicine. It's a message that must be heard.

Epidemics of obesity, diabetes, infectious diseases and suicide that plague First Nation children across Canada are complex and multi-faceted. Yet government solutions often focus on simplistic biomedical approaches - when they address the crises at all. And they too often ignore the cultural strategies addressing Indigenous relationships with language, tradition and land, proposed by indigenous leaders themselves.

Most non-Indigenous people struggle with the concept that culture has healing potential but several lines of scientific evidence support it.

I am a non-Indigenous scientist who works closely with indigenous communities. In the wake of the crises in Attawapiskat, it's time to examine the science that supports more culturally-grounded approaches to improving health among Canada's Indigenous peoples.

The federal government lays claim to an evidence-based approach to policy-making, so here's the evidence for integrating culture into these policies.

When Indigenous youth are asked to identify elements of health in their community, they consistently point to aspects of their culture, including land, language and ceremony, as factors that make them healthy. A randomized trial of Indigenous adults at risk for Type 2 diabetes tested this theory and found that a six-month program of cultural teachings, including language and history, was more effective than conventional diet and exercise teachings for reducing the risk factors related to the metabolic disorder.

The most poignant example of the power of culture comes from a study of the 196 First Nations bands in British Columbia, where suicide rates were 140 times higher among communities with no cultural continuity, compared to those with the highest levels. Cultural continuity was defined as measures of self-governance over education, health, established cultural facilities and titles over land.

Policy-makers are finally starting to pay attention to the connection between culture and health - and how that may offer steps forward for addressing health crises among Canada's indigenous peoples.

The Canadian Institutes of Health Research (CIHR) has recently funded some novel approaches to expand this area of research. Culture is being tested as an intervention for the treatment of addictions by a team of Canadian scientists, elders and stakeholders. The team is prioritizing the knowledge of elders and Indigenous leaders over the knowledge of western scientists when designing the intervention, recognizing different kinds of expertise in their trial.

Preliminary findings from the team reveal that 74 per cent of published cases that used cultural interventions - such as land-based activities, traditional ceremonies and sharing circles - for the treatment of addiction were more effective at improving wellness and reducing or eliminating substance abuse than conventional treatment.

Using a similar approach, Indigenous scholar Dr. Janet Smylie recently found that interventions designed in partnership with Indigenous communities for health promotion concerning toddlers and infants were more effective than those that did not.

My own research team at the University of Manitoba is relying on Indigenous teens to deliver a culturally-tailored approach developed by Lakota scholar Dr. Martin Brokenleg to prevent obesity and Type 2 diabetes in youth within their communities.

As a country, we need to embrace interventions that restore cultural practices, which provide more value than the too-common facile suggestions for moving entire communities to the city or assimilating youth into the Canadian mosaic.

There is one obvious place governments can start if they want to improve health and reduce inequities among Canada's Indigenous peoples. It's time to act on the Truth and Reconciliation Commission calls to action - and acknowledge the expertise of indigenous elders and leaders in developing relevant solutions.

A few bold leaders are already doing this within their communities. Kathleen Kelson is a non-indigenous principal at Wapanohk Community School in Thompson, Man. She opens every school day with announcements in Cree, ensures smudging (purifying a room with the smoke of sacred herbs) is available for every student in her school and holds classes on the land. Mary Jo Wabano and scientists from Laurentian University developed a land-based resilience-promoting program to support mental health among adolescents in Wikwemikong First Nation.

It's time to bring Indigenous leaders and experts into our policy solutions and put them at the helm. Perhaps then we can reduce the inequities that indigenous youth in this country live with every day.

Jon McGavock is an advisor with EvidenceNetwork.ca and an associate professor in the Faculty of Health Sciences at the University of Manitoba. He holds a CIHR Applied Health Chair in Resilience and Obesity. He can be followed on twitter @jonmcgavock This article appears courtesy Troy Media.