Opinion: The hope and promise of Wanuskewin Heritage Park 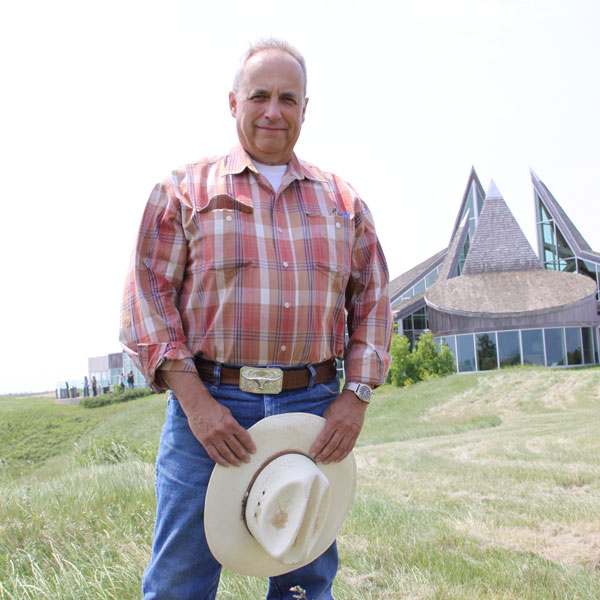 Wanuskewin Heritage Park recently announced its commitment to renew and enhance what many consider to be one of Canada’s richest archaeological and cultural sites, and to realize a long held dream. The Park intends to seek World Heritage Designation through the United Nations Education, Scientific and Cultural Organization (UNESCO), which would make it the first UNESCO-designated site in Saskatchewan.

Wanuskewin Heritage Park’s story is epic. From its beginning as a Northern Plains archaeological and First Nations cultural treasure older than Mesopotamia, to a small cattle operation at Opimihaw Creek on the outskirts of Saskatoon; a nationally recognized heritage park and today, a contender for international recognition at the highest level. Wanuskewin has become a fundamental part of Saskatchewan’s cultural landscape.

In 1979, renowned architect Raymond Moriyama included the site in the 100 Year Master Plan for the Meewasin Valley Authority. The first step was to preserve and protect the Opimihaw Creek valley from development, no small feat at that time. Studies revealed an astounding number of unique archaeological sites including ancient campsites, multiple bison jumps, tipi rings and most remarkably, a medicine wheel.

Ongoing research from the early 1980s makes Wanuskewin the longest continuously operating archaeological site in Canada. The archaeological evidence proves that human occupation dates back as far as 6,000 years. Perhaps most extraordinary is that every cultural group that existed across the Northern Plains throughout the millennia spent time at Opimihaw Creek.

A relatively small geographical area of about one square mile, the Opimihaw Valley acted like a cultural magnet, attracting bison hunting groups from across the Plains. One could argue that Wanuskewin is the “first Saskatoon,” existing long before the 1882 Temperance Colonists’ settled in the area.

Wanuskewin Heritage Park was born from a unique collaboration between First Nations and non-First Nations communities at a time when this was not the norm. Designated a Provincial Heritage Property by the Government of Saskatchewan in 1983 and declared a National Historic Site during a royal visit in 1987, the Park opened on June 22, 1992 to great fanfare, well on its way to becoming a major tourist attraction and important cultural venue.

The renewal plans will generate opportunities for the Park to attract international exhibitions and special events while creating an extraordinary, accessible urban park. Reintroducing a herd of bison will broaden the appeal of Wanuskewin for local residents and tourists. To many, the return of the bison is a tangible symbol of the renewal of Indigenous cultures that were nearly lost. Imagine if you will, bison roaming on re-established native grasslands in a major urban environment. It highlights the valuable role Wanuskewin will play, combining First Nations’ traditional values of environmental sustainability with conservation and stewardship.

In the past two decades, tens of thousands of school children have visited the Park. Renewal plans will enhance educational programming. In addition, adults will expand their knowledge at the Wanuskewin Institute, a centre for dialogue and learning focused on leadership, Indigenous health and sustainability, archaeology and environmental history, and Indigenous arts. Wanuskewin’s renewal plans include showcasing Indigenous art and artists from across the Northern Plains in a new art gallery and cultural spaces.

Wanuskewin is a fundamental part of contemporary society and has a key role to play in relation to the Truth and Reconciliation Commission’s recommendations, and public acknowledgement of the hardships First Nations people have endured. For thousands of years it has been a gathering place; Wanuskewin’s renewal offers opportunities to support healing, learning and reconciliation for everyone.

The renewal plans will elevate Wanuskewin on the world stage. We know from other Canadian World Heritage sites that there are a multitude of significant social, economic and conservation benefits. It is truly one of the most important initiatives celebrating Indigenous peoples in Canada today.

Iconic parks combine impressive natural beauty, unparalleled historic significance, and the innate ability to arouse an emotional response or feeling of connectedness. Wanuskewin has all of these things. This is the hope and promise of Wanuskewin Heritage Park.