That’s What She Said: Before Netflix, there was the Christmas Story

When I was a kid my favourite thing was re-reading the Christmas story from the Bible. Not because I was religious but because it was about Christmas which was my favourite time of year because I loved toys. I also loved reading the Bible because back then, we did not have cable or Netflix or even stories about teenage wizards (though I guess you could argue that Jesus was the first teen wizard.) 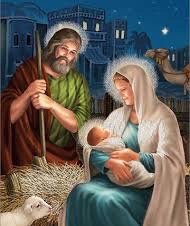 Before there was Netflix, there was the Bible and the Christmas story. Stock photo

In the story, the writer described a couple, Mary and Joseph, who were making their way to Bethlehem because of the census. In order to do a proper counting of people, you had to go to where you born. I’m not sure if you went where the guy was born or where the woman was born. All I know is that if we had this practise, nowadays, I’d have to book it back to Balcarres, Saskatchewan, which I don’t think even has a hospital now.

So, the couple heads into town and finds out there are no rooms at the inn, motel, hotel or whatever. Joseph had failed to make reservations and so “they were out of luck,” the innkeeper explained, because as we all know, innkeepers like to victim-blame. But this innkeeper was an enterprising guy and he was like, “Hey I don’t have any human rooms, per se, but I do have a room available – it’s uh…very rustic.” So then he leads Joseph and his lady to the stable which in modern times we would call a garage or a parking lot.

Did I mention that Mary was pregnant? That’s a pertinent detail. When I was very pregnant, I did not like travelling anywhere. I didn’t even like walking through the mall with my weird pregnant body because creepy men would stare at me. It was super gross. Also, by the ninth month of pregnancy, I could literally only fit one piece of clothing. So, there’s Mary, in her last dress, hanging out in a stable, wondering how this could possibly get worse. Then she goes into labour. Dang.

The Christmas story then cuts to another part of the area. There’s a shepherd standing on the hillside with his flock of sheep. He’s just hanging out there thinking about the girl he’s got back in Bethlehem wondering if she’s really into him or just hanging on to him while she looks for a blacksmith (blacksmiths were the shit back in the day). So, he’s standing out there by himself and suddenly all his sheep start baaing at the same time. He’s a bit freaked out, thinking he’s about to watch a wolf tear apart his flock, when he sees an angel in the sky. Now people tend to think of angels as angels, these good fairies with white dresses and big fluffy wings. But the Bible doesn’t really support that. Angels delivered bad news about as often as they delivered good news. Like really bad news: “Like y’all better get out of town now because we’re about to destroy it in a minute. No, don’t pack, just git.”

So this shepherd is thinking, “Oh crap, it’s an angel.” And the angel knows what he’s thinking and says, “It’s okay shepherd, I bring tidings of GREAT JOY. It’s not another annihilation message.” The angel explains that a baby has been born in a manger and he’s going to be the king of all people and do good things for the world. And so, the shepherd is thinking, well, I guess I should go meet him, get in the ground floor if this guy is gonna take over the world one day. Plus I’m sure it’ll impress Jennifer and she’ll forget about her thing for blacksmiths.

By this time, Mary has given birth to Jesus. The bible really glosses over things like childbirth which would have been hellish on a dirt floor. Then they wrap the baby in linen and set him in a manger. In pictures there’s a bunch of straw and we’re supposed to think “aww how soft.” But have you ever actually laid in straw? It’s very poky. Personally I would not lay a baby in straw, I would pick something much softer. Even dirt would have been preferable to straw.

So the shepherd shows up with his flock and Mary’s like “oh just what I needed, more dirty animals around my baby.” But everyone is kneeling and being kind so she’s like “yes thank you for coming.”

Then out of nowhere, three wise men show up. They’ve been travelling for weeks because they read in the stars that something pretty amazing was coming up. They bring some solid gifts like gold, frankincense and myrrh. I’m a superficial gal so I’d have been like “yes, gold! Let’s upgrade this room asap.”

They all hang out there in the garage. And Mary must have been like, “here I thought I was the unluckiest gal in the world and now I’m sitting here with everyone fussing over my baby and a bag of gold.”

I’m not religious but I do like this story a lot. Because to me this is how all babies and children should be greeted; not with soldiers, tear gas and fear, but with love, gifts and the expectation that they will do wonderful things for the world.