The Battle of the Iron Buffalo 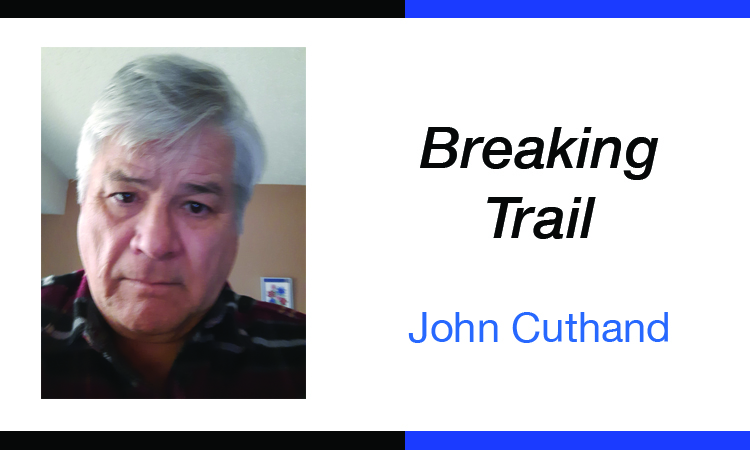 It was during the winter of 1870 when a grieving Cree warrior went winter camp to winter camp calling for retaliation against their enemies, the Blackfoot Confederacy. His brother had died during battles of the season past. His grief became rage and blinded him to all else. He spoke angrily, bare chested, a buffalo robe wrapped around his waist in bitter cold. During the winter he gathered eleven pipe stems belonging to the war chiefs of eleven camps. Each was a commitment.

They gathered at the great bend of the South Saskatchewan River in late summer. Among their company were a large number of Nakotas, famed fighters and traditional allies. Some say their combined camp numbered in the hundreds, others over a thousand. As they traveled into contested land. they traveled by night and hid by day. It was north of the Cypress Hills Chief Piapot experienced a terrifying dream. He saw them attacking an enraged buffalo bull. No matter how hard they fought they could not kill it. They were instead being slaughtered. Piapot, like so many believed in the power of dreams. He told his dream and said he understood only disaster lay ahead. The angry grieving warrior insulted Piapot calling him a coward and a child afraid of dreams.

History recalls Piapot as a great warrior and a wise principal Cree Chief. He did not respond saying only he was turning back. Among those who followed was Day Star, a counselor in Piapot’s camp and soon to be a Chief in his own right. Day Star is my wife’s direct ancestor.

On the others went, deep into Blackfoot territory. They came upon a solitary Kahnai (Blood) camp close to what is now Lethbridge Alberta. They did not know it was an outlying camp of a very large Confederacy encampment extending miles hidden from view along the Bull Horn Coulee a short distance away. The Cree Nakota were spurred on by the grieving warrior. His purpose was not to steal horses but to punish the Blackfoot.

They attacked, killing many. Some escaped and warned the Confederacy camp. There is a long hill extending from what is now the University of Alberta down into the valley below to where the Kahnai were encamped. The Confederacy warriors came in twos and threes singing their war songs as they came until they covered the hill side like ants pouring out of a nest. The Cree Nakota were massacred. The Belly River ran red with their blood that terrible day. Only seven, all wounded, survived hidden among willows at the river’s edge.

The grieving enraged man could not see anything else. He led his people into disaster. He too died in the fighting. Among the seven was my great grandfather Masatimwas who survived below the river by breathing through a pipe stem. Contrary to some accounts Chief Big Bear was not present at the Battle of the Iron Buffalo.

This story is largely based on oral history. There is no written account telling the Cree Nakota’s own history of the battle. First Nations have been very reluctant to admit warfare existed and so much history is one sided and distorted by colonialism.

This battle is most often called the “Battle of the Belly River.” I choose to call it, perhaps by me alone, the “Battle of the Iron Buffalo.” It was the last battle fought between these two enemies. They had once been on friendly terms but with the buffalo die-off, the Cree Nakota by necessity hunted into Confederacy territory. The incursion eventually evolved into open warfare.

In our time, there are some whose grief is stuck in a destructive bitterness like the warrior of old. Old stories, dusty as they may be, so often speak to life’s timeless lessons. In this instance is the importance of processing grief in a healthy way. A good healing path is kept within the culture through custom and belief.

I once told this story to some young offenders. They were a rowdy bunch but settled down whenever I told old warrior stories. I usually ended telling them the sacrifice and duties of a warrior society also included enforcing First Nation law. They were the cops. This put a new spin on gangs calling themselves warriors. I also asked how many committed their crimes when they were with others. Most if not all hands shot up. I then asked how many of them could, like Chief Piapot, turn back. They were quizzical but the story at least gave them something to think about.