Sixteen teams playing for their First Nation and Métis locals from Saskatchewan and Alberta gathered recently on Mistawasis First Nation for the 2016 Sagestrong Basketball Championships. The tournament gives First Nation players the opportunity to showcase their talent and represent their communities. 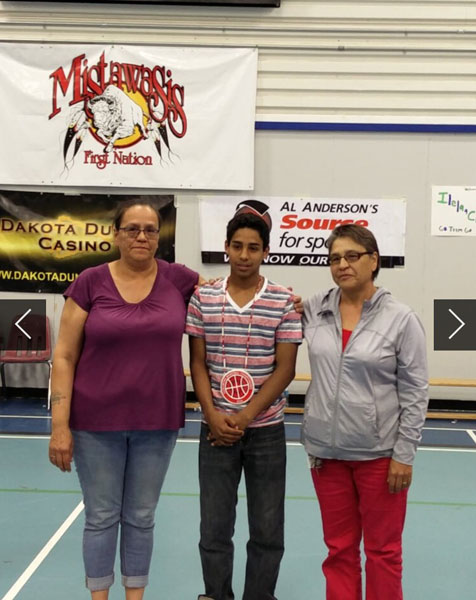 On left, Patsy Daniels, mother of Brandon Daniels and right, Sherry Bird mother of Greg Whitefish, presented Byron Steinhauer with the Memorial Award on behalf of their sons.

Colin Bird lead team Kainai to the championship while averaging 20.3 points and 7.8 assists per game earning MVP honours. Byron Steinhauer from Goodfish received the memorial award given out in the memory of Greg Whitefish and Brandon Daniels. Byron was chosen for the award based on his skills as well as being a role model on and off the court. 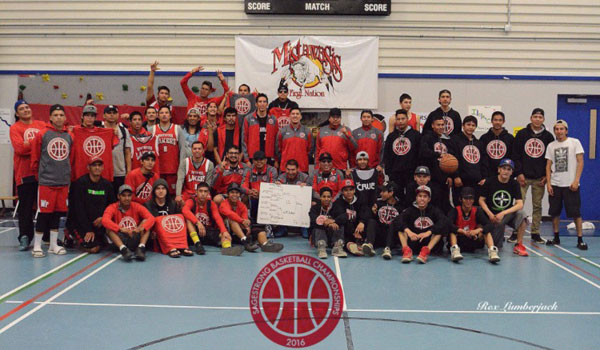