Canada’s Sports Hall of Fame and Presenting Sponsor Canadian Tire Corporation are honoured to reveal the six Athletes and one sport “Builder” who will make up the Class of 2016. 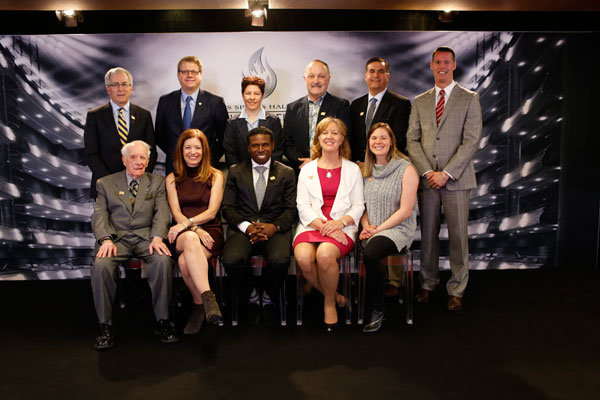 Induction into Canada’s Sports Hall of Fame is considered the country’s highest sporting honour and reinforces the incredibly successful athletic careers of the nominees. This year’s Class has broken down barriers, blazed new trails, and served as proud international ambassadors for Canadian values.

Each of the seven inductees selected to join the Class of 2016 have fostered inspiration both on and off the field of play, using sport as a platform to build a better Canada for their fellow athletes and citizens.

“This year marks our 61st induction ceremony. We are proud to be able to share the stories of the achievements of the Class of 2016 so that we can inspire all Canadians to be the best they can be in all aspects of life,” said Mario Siciliano, President and CEO, Canada’s Sports Hall of Fame. “Thanks to the support of our partner, Canadian Tire Corporation, and Michael Medline as our Honourary Chair, we are able to recognize these outstanding individuals and host the biggest annual celebration of sport in Canada.”

The distinguished Class of 2016 inductees includes:

The Class of 2016 will be officially inducted during Canada’s Sports Hall of Fame 2016 Induction Celebrations, presented by Canadian Tire, on November 1, 2016 at the new venue for this year-the Four Seasons Centre for the Performing Arts.