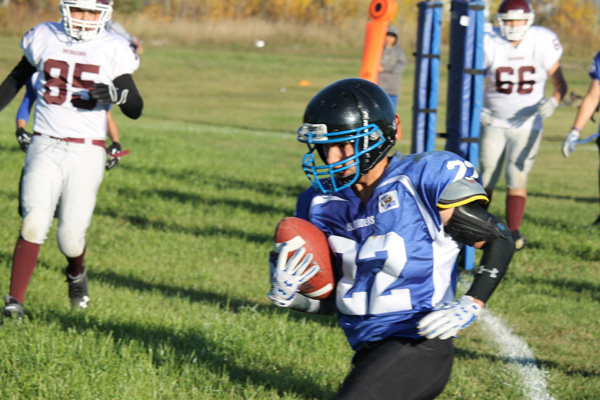 Northern Saskatchewan Football has kicked off the regional playoffs with two semifinal games this week.

On Tuesday, October 6, the Beauval Voyageurs travelled across the province to take on the Cumberland House Islanders in the 1A semi-finals. This game was close throughout, as the Voyageurs were within six points in the fourth quarter. In the end, the leading scorer in Northern Football, Brandon Fiddler was the difference in scoring four touchdowns and the Islanders scored 22 consecutive points late in the game to defeat the Voyageurs 48-20. Tyson Kyplain scored two touchdowns to lead the Beauval squad.