Cote teen takes aim at being best shot in the world

A young rising archer has hopes of one day becoming a world champion shooter just like his role model, Levi Morgan.

“He’s the best shooter in the world,” said Randall-Dre Friday, a member of Cote First Nation but resides in Fishing Lake First Nation.

Friday, aged 14, has been participating in archery for two years but the passion was lit when his older brothers gifted him with his first bow at the age of four years old for Christmas. Fast-forward ten years later, he asked his mother, Sheryl Kayseas, to buy him a new bow from Cabela’s to reignite that passion for the sport. Right off the bat, he taught himself how to play the sport at home creating his own targets in his backyard. His two older brothers, Jon and Jeff, would play with him as well. 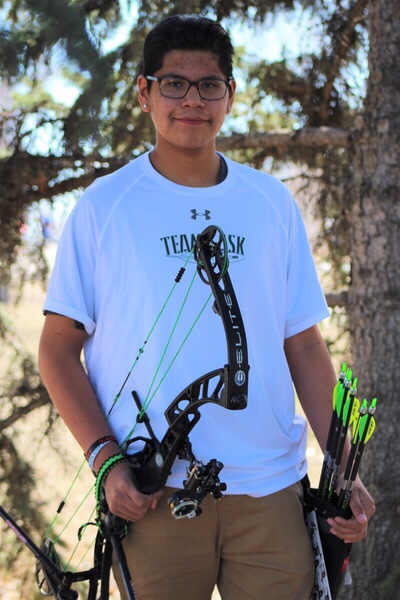 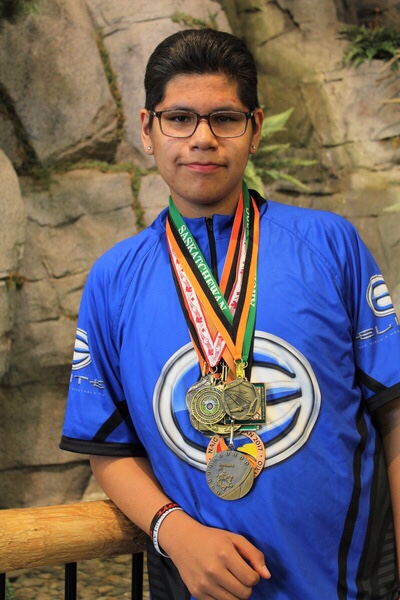 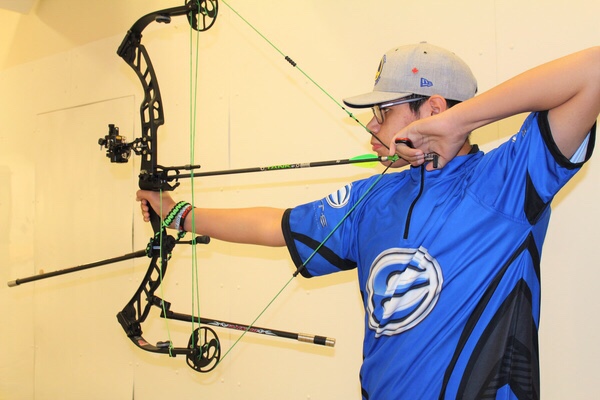 “He now has three and loves his custom-made Elite bow from New York,” Kayseas said. “I worked very hard seeing that Randall-Dre has a passion for archery. It’s absolutely exciting Randall-Dre has a lot of potential to offer the world.”

Since then, he took his passion serious and started competing in various provincial competitions including the North American Indigenous Games (NAIG) and the Tony Cote Summer Games. Friday represented his community and Indigenous youth when he competed in the National Field Archery Association (NFAA) Vegas Shoot 2018 which was held in Las Vegas on February 9-11. It was there that a scout spotted him and asked to recruit Friday to an archery academy in Yankton, South Dakota for the upcoming fall season.

With the short notice Friday might not accept the opportunity but hopefully one of these years when he’s finished high school, said Kayseas. Friday was scooped up by Team Saskatchewan to compete in national competitions and plans to compete in the 2018 Canadian Target & Field National Championships in Nova Scotia in August.

In his spare time, Friday enjoys playing volleyball, hockey, baseball, basketball and hunting. Kayseas said her son is very active in hunting for the Elder’s in Fishing Lake First Nation and even off-reserve band members.

“He hunts deer and moose. He and his brothers disperse the meat to elders in the community,” said Kayseas.

Friday faced the hardship of losing his oldest sister, Jackie, seven years ago to suicide. It was a trying time in his family’s life losing someone they were all close to. When Friday competes, he always thinks to himself that he will play his hardest for his sister.

“He shut down after she passed. They were really close,” said Kayseas. “Then he turned the negative into a positive. He said, ‘I’m going to do good for my sister.’”

Kayseas and her two oldest sons are always encouraging Friday to continue persevering to reach many more accomplishments as an archer, an elite pitcher on his baseball team and a dedicated hunter.

“Randall-Dre wants to continue his goal, he strives for excellence in all that he does,” she said. “He’s a very good young man, he’s very respectful, kind and values life.”

Friday’s goal is work hard to go to the Olympics in two years to compete in Japan with hopes of inspiring other youth to work hard at what you love doing.

“I want to go to university in South Dakota and still do archery around the world,” said Friday. “Work hard and anything is possible. Never quit what you started.”