A former professional hockey player has made a career into helping to promote health, fitness and wellness into First Nations schools across the province.

Carlin Nordstrom from Poundmaker First Nation is the owner and operator of Kisik Sports, Health and Wellness company. When he started his two-year-old company, he noticed the high rate of pop consumption and the poor health conditions of many youth. He decided to put together a health and wellness on the benefits of drinking water and the dangers of drinking pop and eating fast food. 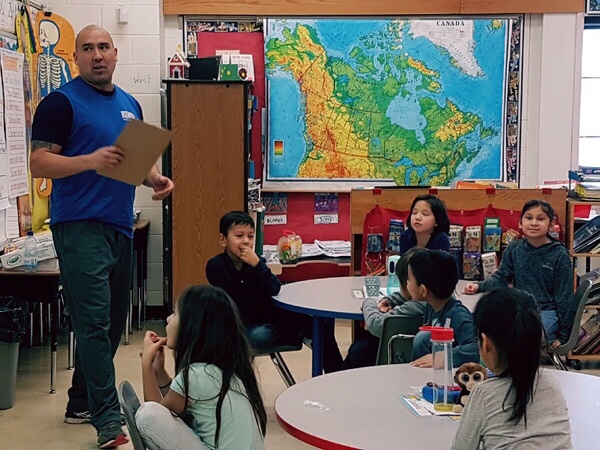 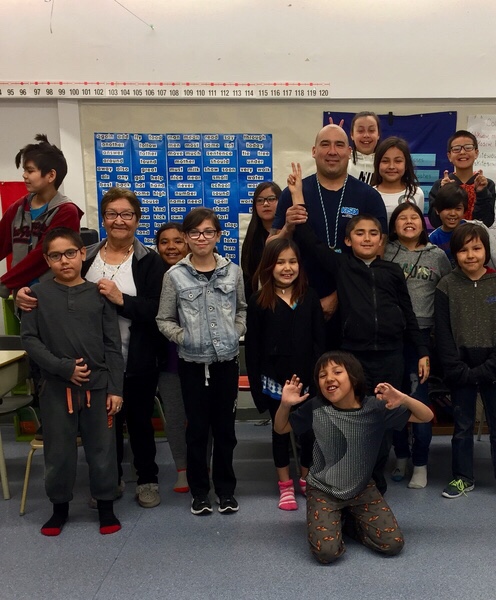 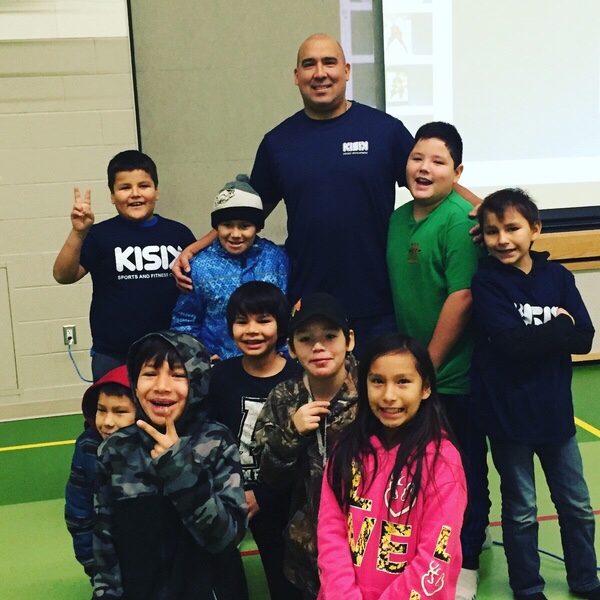 “The problem I see on First Nation communities is a total lack of education on the dangers of pop not only with the kids but more importantly with the parents,” said the former Ottawa Senators hockey player. “I see kids drinking pop in school, two cans a day, which is way too high of a rate of sugar consumption.”

Nordstrom started these presentations for a year now and has always captivated his audience when he pulls out a bag of sugar to demonstrate the amount of sugar contained in two cans of pop when consumed daily for one week. He receives responses from the parents who are shocked at what they are unknowingly doing to their children.

“You see the results of diabetes, the rates are way higher in our communities,” said Nordstrom. “In Saskatchewan, we have the highest rate of youth obesity in Canada. One in four kids. It’s a big problem and the way I see it, it’s flying right under the radar.”

Nordstrom has spoken at several First Nations schools in Saskatchewan and Alberta and has heard that a few are working towards removing pop machines from their schools.

“There’s some that have already banned pop and there are others that looking to do it but they are needing community involvement,” he said.

Coming from an athletic background, Nordstrom knows the importance of maintaining a healthy lifestyle which includes exercising, eating and drinking healthy. He does motivational presentations about having success in life, setting goals, surrounding yourself with good people, having a positive attitude and the work he does in his physical fitness camps. Incorporating all of that, Nordstrom said that’s a big part of your overall well-being.

“My goal is to help our communities and youth as a whole,” he said. “You can’t be healthy with mind, body and spirit with just physical fitness and a positive attitude. You got to have a good diet and you need to have healthy food in your system. You can’t be drinking pop and at McDonald’s everyday and expect to be healthy.”

Nordstrom added there are many First Nations communities that are lacking that knowledge of stressing the dangers of pop consumption and fast foods.

“It’s not going to happen overnight but you have to start. If you don’t, your kids are going to have health problems going forward. So, you can either start to make a difference or let the status quo be,” he said.

For more information on Nordstrom’s presentations and his company, his website is carlindnordstrom.com and he can be found on social media under Kisik Sports and Fitness.