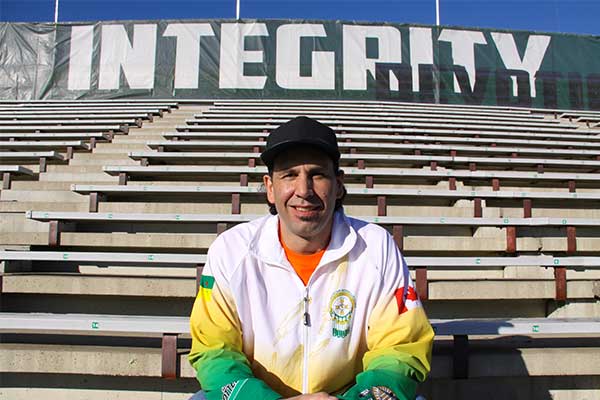 Saskatchewan’s young Indigenous athletes are going for gold as they gear up for two major sporting events in 2020. In mid-April, over 4000 athletes from across the province will arrive in Prince Albert for the Tony Cote Winter Games. Then, in May, Saskatchewan is sending a delegation of 520 athletes and coaches to Halifax to compete in the North American Indigenous Games (NAIG).

Tami McKenzie, manager of the Tony Cote Winter Games, says that while the team rosters have not yet been decided, she and the organizing team are already working to iron out the logistics and ensure the games go smoothly.

“We’re setting our own stage of what we are going to prepare the games to be, and how we want to see the games,” she said. “We’re doing everything from making sure that our venues are rented, ordering medals, making sure everyone has accommodations, security – everything.”

This year, the Tony Cote Winter Games will feature hockey, volleyball, broomball, basketball, badminton, curling and table tennis. McKenzie, who competed in the Games for over a decade as a hockey, soccer and softball player hopes to recreate her positive experiences for a new generation of athletes.

“As soon as you make the team, you know what to expect; coming to the games, representing where you come from and your community, playing against everyone else from Saskatchewan,” she said. “It’s just something you look forward to all the time.”

Athletes are also looking forward to representing their communities at the NAIG. 17-year-old lacrosse player Annakah Ratt, who competed in NAIG 2017 as well, is particularly looking forward to getting to know her new teammates better.

“I’m really enjoying getting to know the girls,” she said. “They’re really great, and I think we’re going to be really great together.”

Although NAIG is months away, Ratt and her teammates are already training hard.

“About once a month, we have a practice where we’ll all get together and develop our skills together,” she said. “Other than that, I’m personally training and getting my body in shape – and, as always, playing lacrosse in the meantime.”

According to Darcy Ratt, one of Team Saskatchewan’s lacrosse coaches and Annakah’s mother, women’s lacrosse was almost left off the roster at this year’s games.

“When the 2020 games came out, I watched carefully to see if there was going to be lacrosse, and when the announcement came out that there was lacrosse but there was no female lacrosse on there, I got on the phone,” she said. “And then all of a sudden, I got a message … that said ‘okay, they’ve said that the games will have female lacrosse.’ So just having the ability to have the females there to play is exciting.”

Darcy Ratt and her fellow coaches have entered their NAIG teams in provincial tournaments taking place over the next few months, so the players can get used to competing as a group in a fast-paced environment.

This year, Team Saskatchewan has partnered with Craven Sport Services in Saskatoon to provide training regimens and physical development for the athletes. Mike Tanton, returning Chef de Mission for Team Saskatchewan, hopes this partnership and the longer training season the teams have debuted this year will help the athletes continue Saskatchewan’s long legacy of success at the games.

“We have big shoes to fill on all these teams – we have never done worse than second place overall at the North American Indigenous Games,” he said. “Finishing first or second every time, it puts a high standard and a high expectation of success on our teams.”