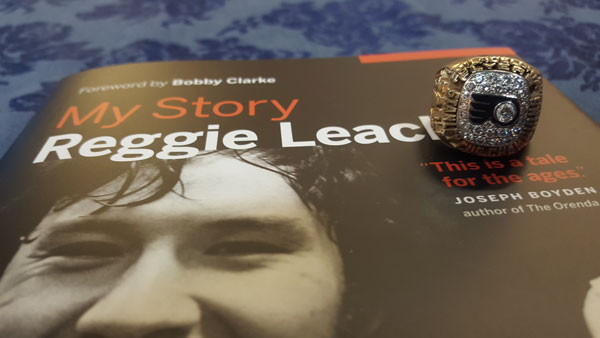 Reggie Leach is likely the best First Nation hockey player of all time. Leach holds the NHL record for most playoff goals, he has a Stanley Cup, he won the Conn Smyth Trophy as the playoff MVP while on a losing team, played for Team Canada in 1976, scored sixty one goals in one season and played on the Flyers squad that went undefeated for an incredible thirty-five games. His wicked shot earned him the moniker the Riverton Rifle.

He learned a lot in that long and storied career and now he is passing on that knowledge through a new book, The Riverton Rifle: My Story-Straight Shooting on Hockey and on Life.

The biography takes you from his youth in Riverton, Manitoba through his rise to Stanley Cup greatness, and follows the dramatic fall caused by his drinking problem and his subsequent rebirth as a successful businessman, family man, and pillar of the Aboriginal community.

The book has caught on and is now hitting the best seller lists, something Reggie never imagined happening.

“It is overwhelming the reaction to the book. And you go to these book signings and see people you haven’t seen for years and you talk about when I was younger and playing and playing in Flin Flon. It is nice to reconnect,” said the affable Leach during a break at McNally Robinsons in Saskatoon. He was busy catching up, signing books and jerseys and letting people play with his Stanley Cup ring. “I did not expect the book to be going this well and we haven’t even hit the big spots like Philadelphia, Flin Flon, the Pas or big First Nation communities yet.” 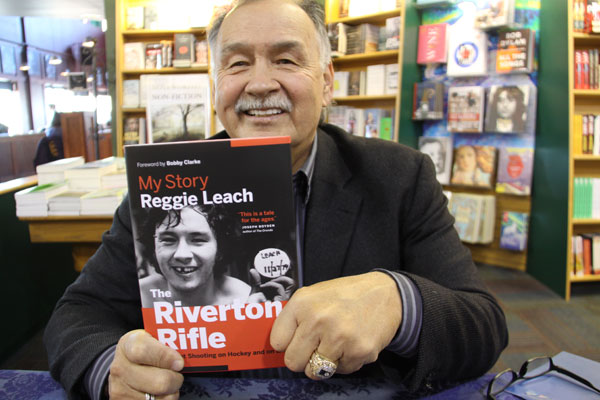 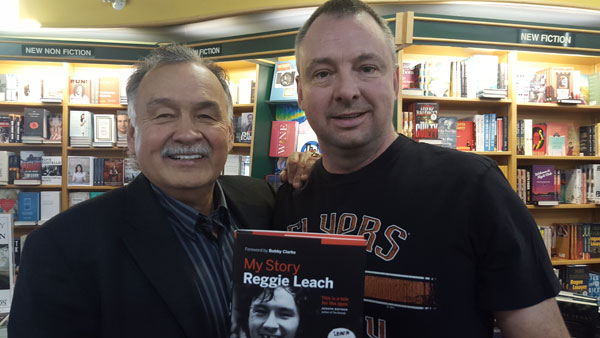 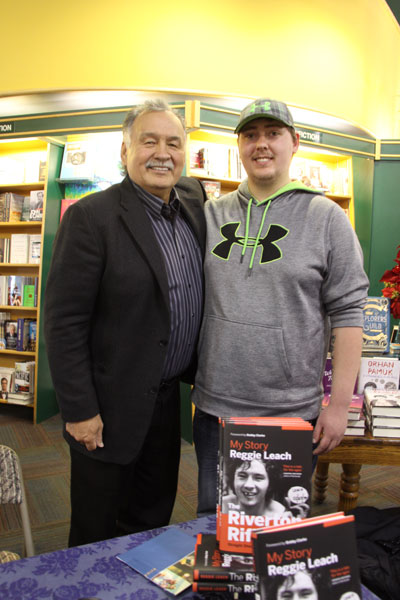 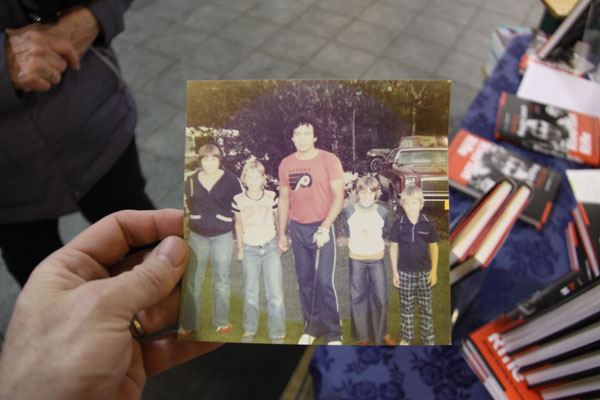 Leach had some help in putting together the book. His wife Dawn Madahbee-Leach and writer Randi Druzin helped pull the stories out of him and get them down on paper.

“Dawn knew how to get stuff out of me. We would talk about a story and two days later I would remember something else important to the story. I would then tell to Randi and she would add it,” said Leach of the writing process. “But I wanted the book in my words, not hers. After time she got used to the way I talk and it worked out good.”

He learned a lot about himself in the process.

“Lots of the book is from years ago and in my teens. You bring this up and as a young teen when you do stuff you really don’t think what you did at the time. The book itself is not all about hockey. It is a teaching book. A learning book,” said Leach. “The book is for my grandkids and kids that are struggling. It is based upon the seven Grandfather teachings of the Ojibway culture. The book is readable for everybody.” And like the title of his book, the talk is straight about the highs, and the lows. “I touched on the problems I went through. That was only a small part of my life. I addressed the issue and moved on from there.”

The book does have the highlights. The Stanley Cup and the awards and goal scoring. His career was outstanding but according to Reggie his best achievement has been off the ice. 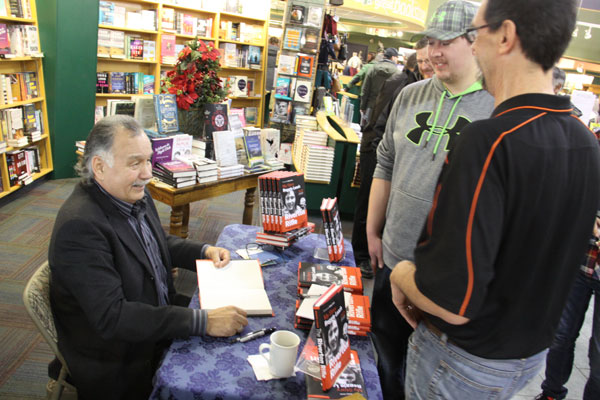 Leach now does motivational speaking and runs Shoot to Score Hockey schools with his sons and still loves getting out there on the ice for sometimes seven hours a day teaching kids the skills of hockey. He wants to see more First Nation kids in the NHL but in order to do so there are some road blocks to overcome including going that extra mile, overcoming culture shock and dealing with racism.

“Kids these days they just don’t push themselves. When they leave the first nation community to the white man’s world it is a huge change. They are often used to doing things their own way and when you come in and try out for a junior team or leave for an Indian tournament, they get the tag that they are not dedicated,” added Leach. “I grew up in a Métis community. I didn’t grow up on a rez. Bryan Trottier grew up in a Métis community. Same as Fleury. We weren’t stuck on a reserve where you were just with your own. I grew up in a white man’s world.

“Sure there were a lot of fights at the time and there was racial stuff. But you didn’t know it was racial. Just two kids calling each other names and getting into a fight. Same thing in junior hockey, a coach says to me about racism “Reg don’t worry about what players say to you cause the only reason they are yelling is you are doing something right on the ice and getting noticed”. After that the rest of the stuff didn’t bother me.”

He hopes the next generation start to take their proper place in the big leagues and he had these words of advice for everyone.

“Whatever choice you make, you own that choice. Whether it is good or bad. There are too many adults and kids today that make bad choices but aren’t responsible for their actions,” said Leach. “I think the book is about taking responsibility for the mistakes you made and just own up to it and move on."