Playoff standings have now been determined following week 6 of play in the Northern Saskatchewan Football League, and championship games begin this weekend. 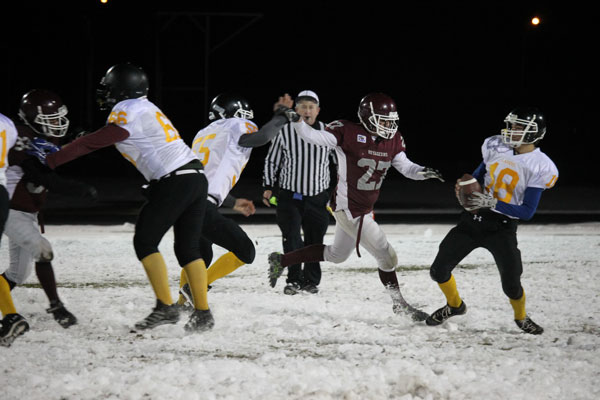 The first game of the week was held at the Churchill Chargers Field in La Ronge. The home squad got out to a quick start with five different players scoring a touchdown in the first half of the game. The final score was Churchill 38- Creighton 12.

The second game was played later in the day in Prince Albert at the Max Clunie Field. The Beauval Voyageurs and Pinehouse Lakers played their final regular season game under the lights. Similar to previous games, the Pinehouse team got out to a quick start and had a lead of 16-0 in the second quarter. The Voyageurs did not give up and continued a heavy hitting game both on offense and defense that wore down the Lakers. Final score was Beauval 41- Pinehouse 22.

This week has one regular season game left which will see the SMVS from the Lac La Ronge Indian Band travel to Creighton. Each team will want to finish off the season with a victory. The playoffs also begin this week. In 2A, third place Cumberland House Islanders will travel to La Ronge to take on the Churchill Chargers. The winner of this game will move on to the 2A final in Beauval on Saturday, October 22. In 1A action, the Pinehouse Lakers will host SMVS on October 24.