The North American Indigenous Games (NAIG) Committee is busy planning and organizing to ensure this event is a great success in Regina during the week of July 20 to 27.

From planning the hotel accommodations to the Lance Run; it has a lot of people working around the clock.

The NAIG Accommodations Coordinator, Dan Schmidt, says they have booked nine different hotels in Regina for all the athletes, coaches and chaperones.

"The hotels have been good to deal with. The hotels are very happy for the business. The NAIG will be creating a lot of revenue for everybody; restaurants, hotels and shops. Thats a lot of money being delivered to the economy of Regina," says Schmidt.

It wasn't specified how much NAIG will have to pay for the hotel accommodations.

NAIG has different departments and each a specified budget. We can make it work," says Schmidt. 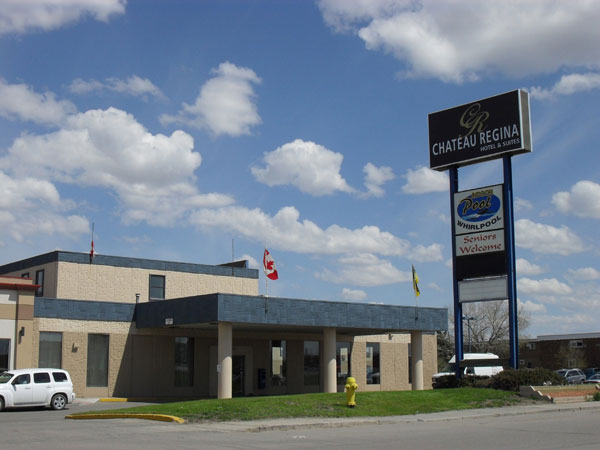 Chateau Regina is one of the hotels to be used during the North American Indigenous Games. Others include Quality Hotel, Travelodge, Super 8, Best Western Seven Oaks, Wingate, Days Inn East, and the Executive Royal Hotel.

Another busy preparation the NAIG committee is organizing is the Lance Run. It is set to start on June 30th from Prince Albert, to major cities such as: Saskatoon, North Battleford, Meadow Lake, La Ronge and Yorkton. Each city will be welcoming the Lance Run with events such as meals and entertainment.

Shalen Fox, organizer for the North Battleford event, says the Battleford Agency Tribal Council (BATC) are planning on meeting the Lance runners five kilometres outside of the city to welcome them into their community with a barbeque and a list of dignitaries from the city mayor to BATC chief and council members.

"It feels good coming here. It showcases our culture and the meaning behind it. It's building towards First Nations youth going to the NAIG. Some of them this is their Olympics and this is an achievement for them. The one participating on the Lance Run, it's a journey on the cultural side, it's a big step for our younger youth keeping the culture alive," says Fox.

The Lance Run committee went through the list of applicants and based on their criteria selected the top 10 runners.

NAIG's Lance Run coordinator, Allan Ross, says as the Lance runners approach the communities; there will be two cops escorting from the front and the back along with an entourage of vehicles each decorated with the logos and branding of NAIG.

The runners will be running together in a group taking turns carrying the Lance stick described like a baton race.

Whether it's preparing the hotel accommodations for the athletes, coaches and chaperones or making preparations for the Lance Run visits to the different cities and communities, a lot of people are pitching in to make NAIG a memorable experience for Saskatchewan to remember.

Be sure to check out more NAIG athlete profiles on our Interviews or Sports page.