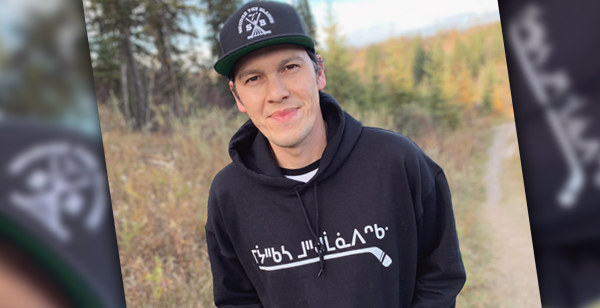 Cree syllabics and sayings that celebrate Indigenous hockey on clothing are attracting customers to an online business created by a Sturgeon Lake First Nation member.

But Harlan Kingfisher’s Smudge the Blades Apparel company does more than raise awareness of Indigenous hockey culture; it helps more young people play the sport. A portion of proceeds from sales goes towards hockey registration fees and equipment for Indigenous youth.

“I really wanted to give back to First Nations communities. That was the main inspiration for my company. I’ve been calling First Nation communities and letting them know that I’m here if they need help,” Kingfisher said.

With hockey cancelled this year because of the pandemic, Kingfisher had time to launch his clothing line.

Smudge the Blades apparel includes T-shirts, sweaters and hats featuring sayings such as “ever sick dangles” and "First Nation hockey sensation" and Kingfisher said the response to the brand has been great.

“It’s grown so quickly. People love it. First Nations hockey is huge in Canada. The support has been amazing.”

“I played there when I was younger so I wanted to give back to the community,” he said. “Whenever someone reaches out to me, I see what I can do to help. That’s what this brand is all about. I want people to reach out.”

The company also bought hockey equipment for a young athlete on the Sturgeon Lake First Nation and purchased jerseys for the Indigenous Hockey Academy in Edmonton. Kingfisher is hoping to eventually help put together hockey programs in First Nations communities.

“I saw friends that didn’t have the support system or the money to play hockey and it still happens,” he said. “I want to avoid that for any First Nation kid. I want to help kids make it through the year.”

The apparel is being produced and shipped by Snipe and Celly Proshop on the Flying Dust First Nation.

Kingfisher used to smudge the blades of his skates and hockey sticks which inspired the name of his brand. He played hockey for the Waywayseecappo Wolverines, Opaskwayak Cree Nation Blizzard and the Augustana Vikings in Camrose.

“It's like a family environment when you go to these hockey games and have the First Nation community support,” Kingfisher said. “It’s such a cultural celebration. The First Nations hockey tournament circuit is amazing. It's such a good feeling to see all these community members come out and support their own band.”

Kingfisher plans to sell baseball-themed clothes in the future.

“Baseball is just as big as hockey for the First Nation communities,” Kingfisher said. “I would love to put out baseball-style shirts and designs.”