A young Indigenous teen has accomplished so much during her years of practicing and competing in the equestrian sport. Jesse Gaudry, 14, grew up on a farm in Park Valley, SK near Debden. She has been riding horses since she was 4-years-old. She was inspired to love sports involving horses through her grandpa and father who were both chuckwagon drivers. 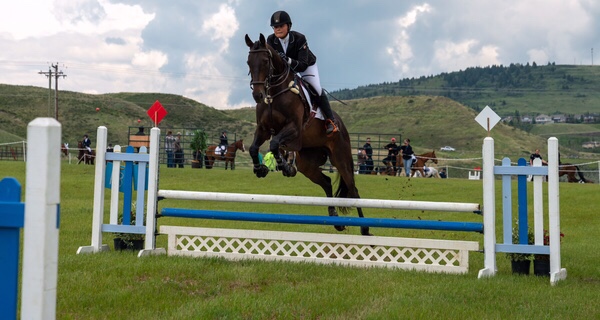 “I like three-day eventing which is show jumping, dressage and cross country,” said Gaudry.

Gaudry started competing professionally when she was 9-years-old and in the summer of 2016 at the Saskatchewan Summer Games in Estevan, she won gold in individual dressage and led her team to win gold for team dressage. In July 2017, she was the only Saskatchewan competitor that qualified for the Dressage Nationals in Edmonton and won second place in training level dressage and third place in freestyle dressage.

In January of 2018 she was one of only two Canadians selected by The Jockey Club from Lexington, Kentucky to be a Youth Ambassador for The Thoroughbred Incentive Program. There are only 12 positions for youth Ambassadors in North America. Since last year, Gaudry has hauled her three horses Rambo, Boss and Nick all over Saskatchewan and Alberta and has competed successfully during the three-day events.

Next summer she hopes to travel to the USA to compete as well. She will be traveling with a group of other competitors from Alberta.

Gaudry looks up Laurel Vaadeland, who was the first equestrian trainer she’s had since she was 4-years-old. She also looks up to a young equestrian named Laine Ashker.

“I look up to her on how she rides and her as a person too,” she said. “She’s outgoing and the kind of person I want to be when I grow up.”

Gaudry rode with Sandra Donnelly, a Canadian eventing olympic athlete, was also her coach last summer. That is Gaudry’s dream to make it that far.

Gaudry rides four times a week by training at Vaadeland’s facility called the NorthWestEquest, which is down the road from her place. She trains throughout the winter and competes in the summer leading into the fall. Vaadeland hosted the first horse trials competition after 20 years in Saskatchewan. 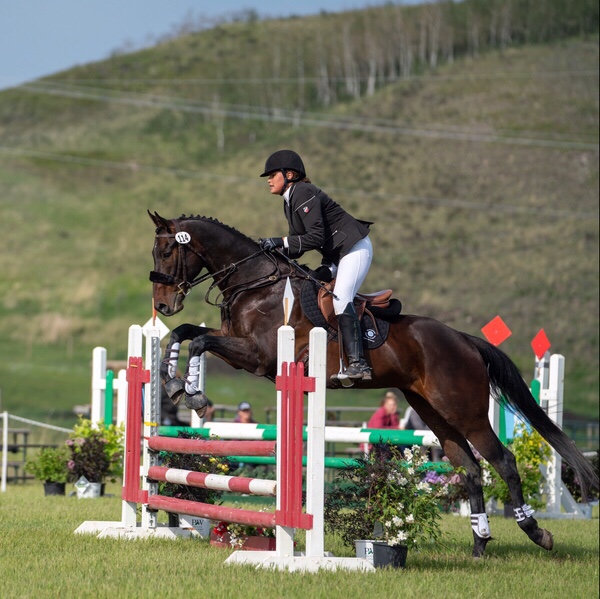 Jesse Gaudry has been riding since she was 4-years-old. Photo credit Action Media Projects

Gaudry has already began competing last month at Saskatoon’s Equine Expo at Prairieland Park and will be travelling to Alberta’s competitions throughout the summer.

Next year, she hopes to travel to compete at a national level.

“I would love to represent Saskatchewan and be one of the first riders to compete in the North American Youth Championships in the year 2020,” she said.