Linklater looking to give back 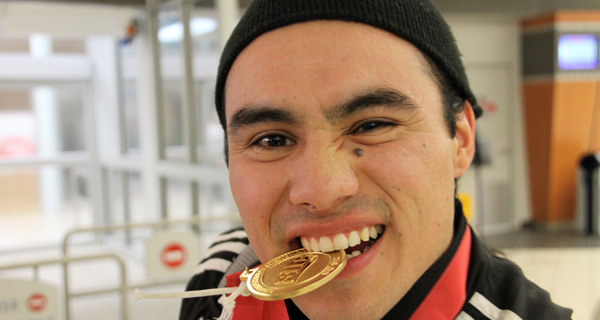 Mike Linklater became a basketball star because he has an uncanny ability to elevate his game on the big stage. Plus, he is wicked good and a great leader. Now that he has made his name on the big stage including a national CIS championship and countless trophies from tournaments around the world, Mike wants to give back to the sport that has given him so much. He recently launched Prime Basketball Development, skills camps that will run across Saskatchewan coached by Linklater and several other high level players who have been team mates with Linklater in the past.

“We want to raise the level of play out there,” said Linklater at his business launch inside the Mount Royal gym where he became a much sought after college recruit. “It is apparent that we are a hockey and football dominant province and we want to get basketball up to those. There are other programs out there that do basketball, but I think with our coaches and the experience we have winning at the top level, that will separate us.”

Using the extensive network of basketball pros he has played with, Prime’s coaches include several past Huskie champions, college champions.  “The Motto "champions training champions" is fitting because amongst the coaches there are a combined 7 championships won at city, provincial, national, international, and professional levels,” added Linklater.`

Linklater recently has made his name internationally in 3X3 basketball, a very fast game that looks to become an Olympic sport in 2020. He is ranked in the world’s top 20 and has the eye of Canadian officials.

"As a player and as a coach, Michael possesses three ingredients: experience, knowledge and patience.  The same ingredients that helped make him a champion as a player will certainly help him to become a champion coach, while developing the next generation of champion athletes,” said Ron Yeung, Manager of Domestic Development with Canada Basketball.

Prime is offering one camp this summer and will offer several more in the fall with the goal to be all around the province next summer. A portion of the proceeds will be donated to “Give Kids a Chance Charity” which will help youth get involved in extracurricular activities through the Dream Broker Program.

"We want to grow slowly and will offer a variety camps from old guys who want to sharpen their games or who are getting back into the game to the next generation of high level players to kids that may not get the chance to play. Each camp will have a similar curriculum and excellent coaches that know how to win," said Linklater, who is keeping his job as Program Sports Recreation Fitness Coordinator at the White Buffalo Youth Lodge. 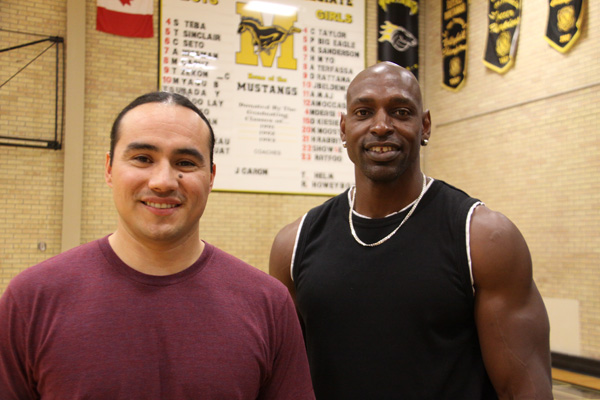 Mike Linklater and his coach Willie Murdaugh believe Saskatchewan is "Prime" to take basketball development to the next level.

Linklater's mentor, pro baller Willie Murdaugh, has been playing with Michael in high level tournaments since Michael was in grade 11 and he has witnessed Linklater’s coming of age on the court and into business.

“We were playing in a tournament in the United States against college players, division one players at that,” said Murdaugh who came to Saskatoon to play for the Saskatoon Slam several years ago. “I was cramping up so we just kept feeding the ball to Mike and he kept pounding it down. A grade 11 against division one players! I was laughing so hard. But he is tenacious and paid close attention to everything detail when we were coaching him. Now I’m proud to be working with him to bring basketball to another level.”