McNabb’s court prowess takes her around the world

You are starting to hear more amazing stories from First Nation athletes who discover sports can open many doors. Exciting opportunities arise when you’re a student athleteJust ask 15-year-old Raena McNabb from Peepeekisis First Nation who recently travelled to Klagenfurt Austria to play with the 19U, Team USA, in the 2016 United World Games. 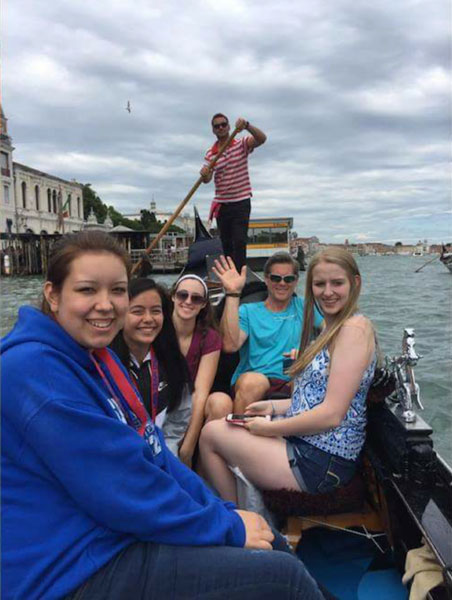 Mother Clareen McNabb who also coaches Raena got this opportunity for her daughter when she saw a post on Facebook looking for female volleyball players.

“We’re looking for players, we need players, [it read] so I got a hold of the coach, Robert Bethea and he got me in contact with the tour company in Louisiana. It’s through student athlete world, they specialize in sporting tours,” said McNabb.

Raena is the only First Nation athlete from Canada to participate with Student Athlete World (SAW).

The mission of SAW is to combine the thrill of representing the United States in Athletic competition with experience and leadership development that comes from traveling the world. 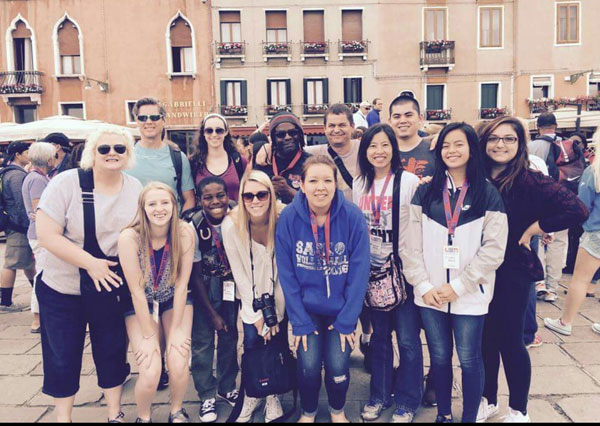 Raena and her teammates in Venice.

In Raena’s case she represents Canada and her home community.

“Tours like this; it doesn’t matter what you do or what you play, the opportunity to play in Europe is a stepping stone for college,” said McNabb.

The 10-day trip included tours in Germany and Venice Italy.

“The next thing I knew I was going to Regina to catch the plane in New York and from there to Europe, its only when I got there that it hit me, I was going to play in Europe,” said Raena

“When we first got there, it was mostly a tour to see where everything was, a lot of teams would usually stick together so we got to know each other,” she said.

She said she had a wonderful time playing with her team even though they placed 6th out of 8 teams in their division.

“It’s like the Olympics but for young athletes, there were 8000 athletes from 30 different countries,” said Raena.

They played round robin and it depended on your standing if you would play the final match.

“If you got first and second, you played Sunday, but if you got 3rd or 4th you were done,” she said.

The athletes were given a supper banquet and there was even a player’s party with music and dancing.

“When we had our free time, we went and walked around and I mostly went to the old part of the city, it was really nice,” said Raena who appreciated the architecture.

Her club volleyball team, East Central Elite, in which she has been a captain have won division 2 tier 2 at the Saskatchewan provincials.

She was also recognized as Fox FM’s female athlete of the month for March 2016.

Now that her tour is over, Raena’s mom said she will start her training for high school volleyball.

“Every year we take Raena to a thing called a prospect camp, they watched and scouted her in February and now we go to Calgary this summer for a training camp,” said McNabb.

Raena is a grade 10 student at the Yorkton Regional High School who will graduate in a couple of years in hopes of getting a scholarship to attend college in Mississippi.