A Whitebear teen put in the athleticism, and her mom put in the time, to help her land two American scholarships.

She attended a prospects camp at Assiniboia, Saskatchewan in February and was among 200 other girls showcasing their skills for scouts all over Canada and United States. 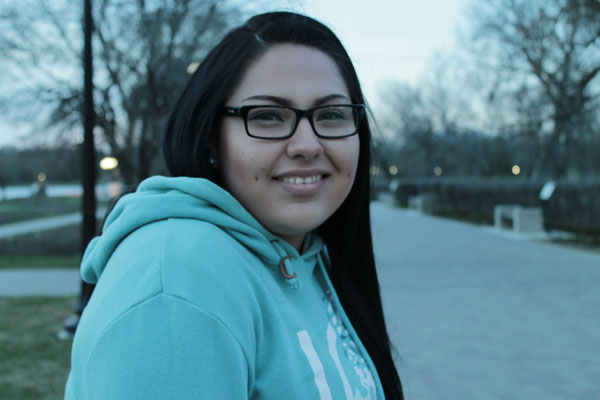 Tori said it is nearly impossible to get into these camps and this year her mom, Samantha Strongeagle, went on the website every single day just to get her on the list.

“I was put on the waiting list and we found out a few days later before the camp that a girl dropped and I got in there,” said Tori.

Strongeagle said she knew it was very important her children play sports and she and Tori’s father did everything they could to get their children into organized sports.

“I think the importance of putting my kids through sports was to be able to experience everything it has to offer and what can be achieved from it. I have seen so many exceptional athletes that can make it to the next level of organized sports but without support and family, it’s very difficult,” said Strongeagle.

Tori said her and her brothers are alcohol-, drug- and tobacco-free and have their parents to thank for that.

“Keeping my kids away from influences was not difficult.  Our reserve has the same issues as others do, its visible and seen, we knew it was there.  We basically kept our kids very close to us,” said Strongeagle who says that extensive travelling to sporting events allowed her family to get really close to each other.

Tori said she is the first person from Whitebear to get two scholarships from the States, and she proudly represents her community.

“I know next year, I’ll be coming back to speak with a couple of schools, to talk about the first year of college, experiencing travelling all over the states,” said Tori.

Tory said she wants to be a role model and encourage children to stay away from alcohol, drugs and tobacco and instead go into sports.

She said after when she succeeds in reaching her goals in getting a nursing degree and a coaching degree she will move back home to her community.

“I want to put on more camps for my reserve, because usually when you’re from a small community, you have to go off the reserve to play sports. I want to be able to bring it to Whitebear,” said Tori.

She says that kids in Whitebear don’t get the same opportunities and she and her brothers want to change that.

Strongeagle is very proud of her  children and said,  “We have tried our best to raise our kids the best we know how and I am proud of them all Tori’s has a new and exciting adventure ahead of her and I will do everything in my power to help her along the way”.

Tori said after she graduates high school this summer she will be moving to Devils Lake in August.