Cody Ludwig was recognized at the Bob Adams Foundation & Saskatchewan Athletics Awards in October as Bob Adams Midget Male Track Athlete of the Year. The two organizations collaborated and hosted their 18th Annual Champions Dinner & awards event at the Conexus Arts Centre in Regina. It was an experience and a great honour that Ludgwig could ever have hoped for.

“I thought it was pretty cool out of all the midget track athletes, I was picked for that award,” said Ludwig from Meadow Lake. “It was very cool that a former Olympian picked me.”

Ludwig, 14, competed in the North American Indigenous Games (NAIG) this summer in Toronto, where he competed in track and field. He proudly brought home three gold medals and one silver. When he’s not looking for track meets to attend, Ludwig keeps himself in shape by playing hockey and hanging out with his friends. The NAIG Track and Field coaches were also honoured for their amazing medal count at this years event and Calvin Napope, who also competed in NAIG for athletics, won the Bob Adams Youth Male Field award.

The award is named in honour of Bob Adams, a Saskatchewan Olympian who grew up in the small Saskatchewan town of Alsask. The Bob Adams Foundation started in 1983. 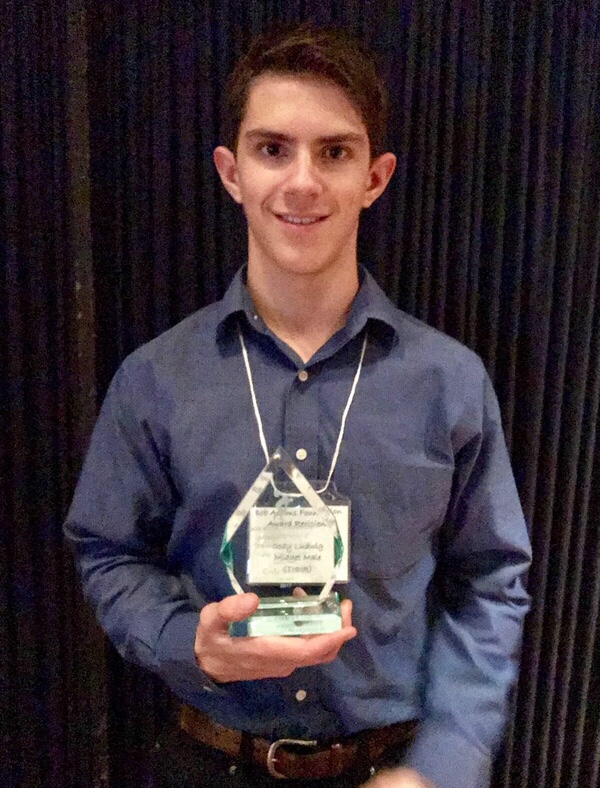 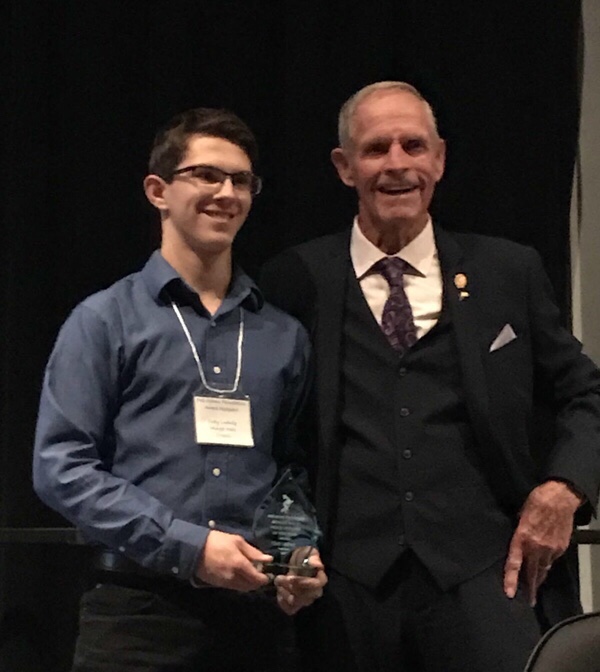 Jill George, the program coordinator for Sask. Athletics, said the evening started with a reception followed by the awards and a silent auction where all proceeds went to the Bob Adams Foundation. The former Olympian was also in attendance and was interviewed by Sheila Coles from CBC.

During the event, athletes from the North American Indigenous Games (NAIG) were recognized and acknowledged for their dedication.

“The Sask. Athletics out about 10 awards and the Bob Adams awards had about 16 awards,” said George. “There’s youth awards, masters awards, coach awards and official awards.”

She said the recipients are chosen through open nominations for the Bob Adams Awards and the Sask. Athletics Awards puts names forward for the award’s different categories.