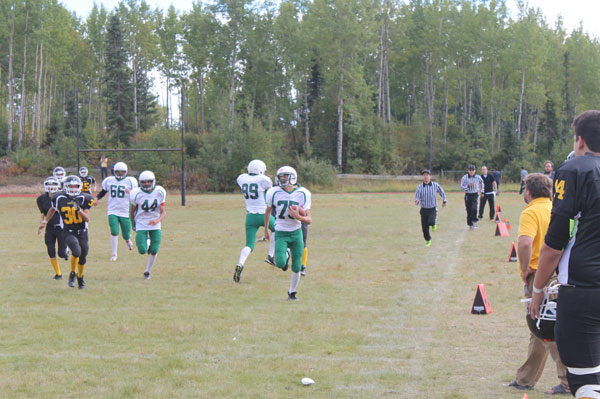 Northern Saskatchewan Football had a plenty of exciting football action from the border of Alberta to the border of Manitoba in week 3 of the season. The league also received a boost from Cameco Corporation as they have provided a $30,000 sponsorship for the further development of facilities, equipment and players in the north. In return for sponsorship, Northern Saskatchewan Football teams will proudly wear the “Powered by Cameco” patch on player jerseys for the next three seasons.