Carrot River Wildcats in green and Cumberland House Islanders in blue after a hard fought game.

Northern Saskatchewan Football had three teams participate in provincials this week.  Each of the games were played on Saturday, October 24.

In Creighton, the hometown Kodiaks hosted the Birch Hills Marauders. This was a high scoring affair with Creighton coming within eight points in the last two minutes of the game; however, the Kodiaks suffered their first loss in their two years of play, with a final score of Birch Hills 63 Creighton 48.

In the second game, the La Ronge Churchill Chargers travelled to Rosthern to take on the Huskies. This game was all Huskies as they prevailed by a score of 59-13.

In the third game, many fans from Carrot River travelled to Cumberland House to watch their Wildcats challenge the Islanders. The squad from Cumberland gave it their best effort, also being within a touchdown early in the second half, however the Carrot River Wildcats triumphed with a 49-26 victory. Matthew Doerksen had scored three touchdowns for the Wildcats while Brandon Fiddler replied with three touchdowns for the Islanders. At press time only scoresheets from the Cumberland game were available. 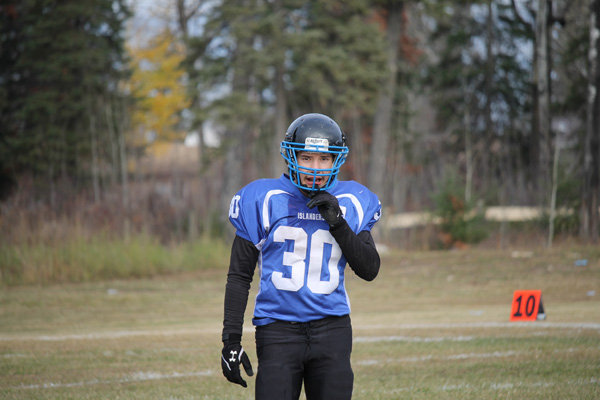 With these three defeats, football has come to an end in Northern Saskatchewan for another season. We have continued in our growth and player development in our third season. With almost 200 young people playing on ten teams, football has provided an opportunity to build skills for life. We are grateful for all of the work put in by coaches, officials and volunteers who have made the football program so successful. Thanks to all the families for their support.