Northern Saskatchewan Football has completed its regular season and playoffs this week. 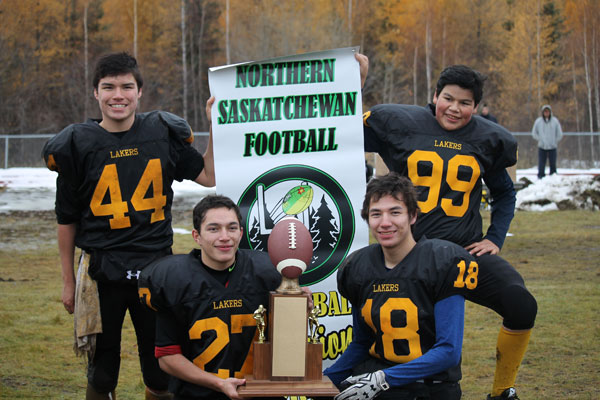 In 1A, the Pinehouse Lakers hosted the Senator Myles Venne Huskies on October 24, 2016. Powered by the speed and scoring of four touchdowns by second year player, Dray Tinker, the Lakers defeated the Huskies by a score of 61-14. This is the second Ralph Pilz Trophy to be won by the Pinehouse Lakers in four years. Pinehouse won the inaugural championship in 2013 and certainly have made their community proud of their accomplishments.

In 2A, following a semi-final defeat of the Cumberland House Islanders, on October 18, 2016, the La Ronge Churchill Chargers travelled to Beauval on October 22 for the championship game. This game went back and forth all four quarters. Aidan McCallum from the Beauval squad scored two touchdowns to tie the game early in the fourth quarter. It wasn’t until 3:12 left in the game that Joseph Ratt found the end zone to put the Churchill Chargers in the lead. The Beauval Voyageurs responded with a drive that took the ball to near the Charger 20 yard line but turned over the ball on downs. Beauval’s defense played the next series hard and forced the Chargers to give the ball back on downs with 24 seconds left in the game. In the end, the La Ronge Churchill Chargers hung on to win the 2A Ralph Pilz Trophy by a score of 26-20. 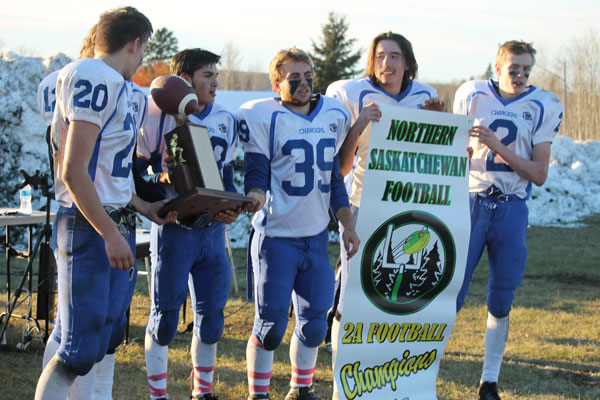 All four teams advance to the SHSAA provincial football playoffs. The quarter finals are scheduled for 1:00 PM kickoffs on October 29: