A former professional hockey player from northern Saskatchewan was recently honoured at a ceremony in the United States. Jon Mirasty from the Flying Dust First Nation played left wing for the Syracuse Crunch, an AHL team from New York. It was the Syracuse Crunch’s 25th home opener on October 13th where they also took the opportunity retire Mirasty’s jersey in a jersey raising ceremony – an achievement that Mirasty is proud of. 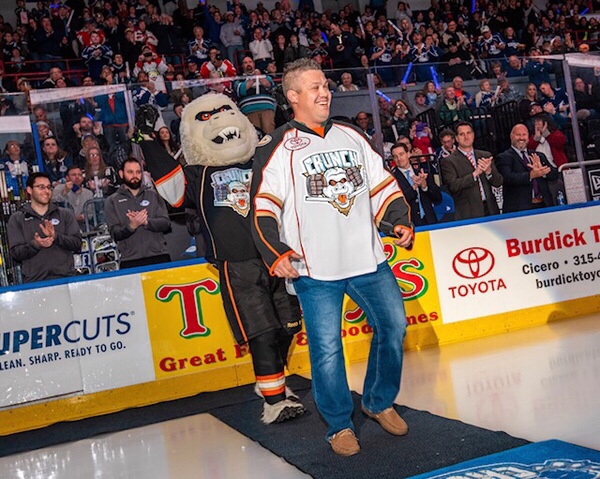 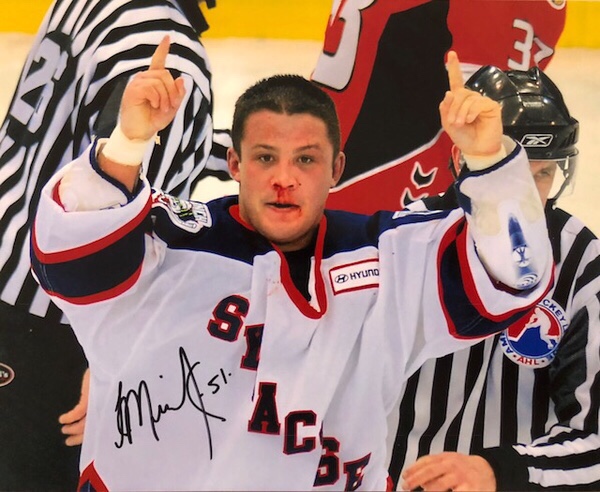 “I played in Syracuse for six years and I was by far one of the most popular players there,” said Mirasty. “Syracuse is kind of like a second home to me, I still have friends out there. When the opportunity came to go there for the weekend and take part in their ceremonies…it’s obviously an honour to get recognized like that. Going back was awesome in itself.”

Back in December 2015, Mirasty transitioned from pro hockey to becoming a business owner of a Tim Horton’s franchise that he opened up in Meadow Lake – a neighbouring town next to his home community. But due to personal reasons, he sold the business later that spring.

Currently, Mirasty is undergoing an opportunity to open up another business and also does work with the youth from his community.

“I teach them leadership skills and mentorship,” said Mirasty who also runs a horse program. “I do a lot of cultural stuff, I’m very outdoorsy so I do a lot of hunting and fishing so I use those assets to give to the kids to help them succeed and to do better in school the kids that are struggling.”

He uses his professional hockey background to give back to his community and to focus on the direction of the youth, he said.