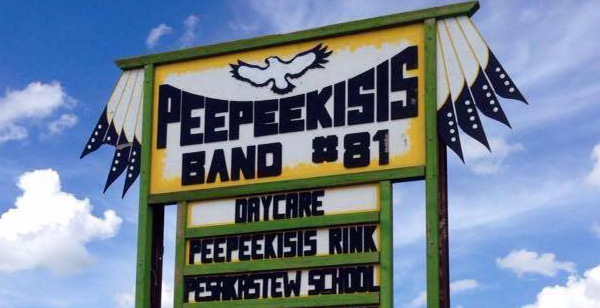 After more than 35 years of work, Peepeekisis Cree Nation is on the cusp of a major settlement agreement.

Earlier this month, Peepeekisis’ leadership announced that the Government of Canada has agreed to a settlement of $150 million in the File Hills Colony Specific Claim, as compensation for the mismanagement of Peepeekisis reserve lands.

Now, the settlement must be ratified by Peepeekisis membership.

For Frank Deiter, chief of Peepeekisis Cree Nation, getting to this point in the legal process is a momentous occasion.

“When I first got the letter of offer it was very emotional, because I thought back about the past leaders, the past chiefs, the past councillors [and] headmen who fought hard, our membership who contributed with their stories,” he said. “This is for them.”

While Peepeekisis leadership began this process as early as the 1950s, former Chief Enock Poitras submitted the first official claim in 1986.

“It got shut down twice by the government and twice by the courts,” Deiter said. “But in between there, there were numerous chiefs who took on the file, tweaking it and trying to get it going again… We had a lot of chiefs who worked on this file, and I bet you they’re celebrating right now that we can see the end of the tunnel.”

In the late 1890s, Indian Agent William Morris Graham established the File Hills Colony on Peepeekisis Reserve lands and began moving graduates from industrial schools to the reserve to farm. Deiter’s own grandparents were moved to Peepeekisis under this scheme.

“My grandparents were brought here without their knowledge for the farm experiment,” he said. “They thought they were going home from the residential school … but they were brought here, they were forced to marry, and then they were given the instructions ‘now you’re married, go build your farm over there and start farming.’

“And they weren’t allowed to sell any of their crops or livestock. So we had a lot of wrong done to our nation. And not only to the ones who were brought here, but to the actual residents of the nation, who were forced to move from one end of the reserve to the other. It was bad for both original members of the time and placements.”

Along with the financial compensation, the settlement offer also includes the creation of a community trust to manage the funds, the ability to add additional lands to the reserve and a formal reconciliation statement.

Deiter is confident that Peepeekisis membership will vote to ratify the settlement agreement, and is optimistic about the opportunities it could open up.

“Our nation could prosper,” he said. “Our members sometimes come to us and say, why don’t we have more nice buildings and whatnot? Well, with this claim, we could do that. Now we can have the infrastructure to do that. We could buy land for our nation. We could buy property in Regina and convert it to First Nations land.”

The ratification vote will take place on December 11th. Members may also request a mail-in ballot.