The Red Pheasant Rebels emerged as the champions for the 16th Annual LWC Tomahockey edging out rivals Canoe Lake Young Guns in the twelve team tournament. The final game was all Rebels as the Young Guns faded due to exhaustion after playing three games virtually back to back on Sunday. Earlier in the tournament the two teams had battled it out on Saturday.  Canoe Lakes Craig McCallum (WHL and U of S Huskies alumnus) provided the offense and Red Pheasant’s Trent Campbell (SJHL, NCAA, ECHL alumnus) provided exciting attacks which had fans screaming in excitement as the Rebels squeeked out a victory.  Earlier in the day the Rebels had defeated Flying Dust by a goal to advance. 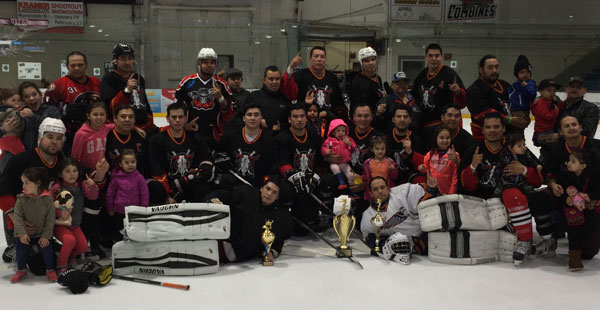 Solid goaltending was provided by the Rebels Jordan Nightraveller all weekend long by shutting down the Eastend Sabres on Friday, edging out Flying Dust by a goal on Saturday and then winning in an OT shootout over the Young Guns. They edged out Whitefish Flyers on Sunday to advance to the A-B one game final to determine the championship. The Rebels import Trent Campbell was chosen the MVP for the Sr Rec Div. 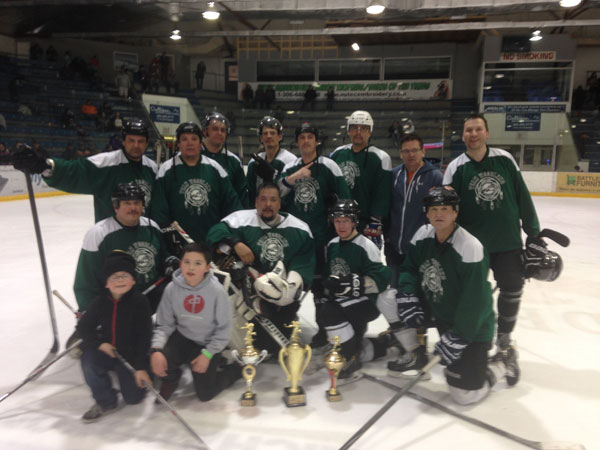 In Masters six team tournament action, it was the team Mixed Blood that defeated the Canoe Lake Old Guns in the final with the help of veteran Lou Gardiner who scored a hat trick and added three helpers in the winner take all championship game.  “That performance secured the MVP honours for the veteran Lou who has now won the LWC Masters div championship a record nine times”added Tootoosis. Nineteen thousand dollars plus trophies were presented to teams and individuals in both divisions. “Plans are underway already for LWC XVII and will include an expansion of divisions” said Milton.

Details to be announced this summer on www.lwctomahockey.com.