Reward of youth hockey is in the sport itself

While the precise origins of hockey are up for debate, historical writings describe Indigenous North Americans playing a game with sticks and a ball on ice, long before settlers arrived, that could very well have been an early version of shinny or hockey. Regardless of its origins, from Fred Sasakamoose to Ethan Bear, Saskatchewan’s Indigenous people have had a long, rich history with Canada’s favourite sport. The FSIN Youth Hockey Championships are ensuring that story continues. 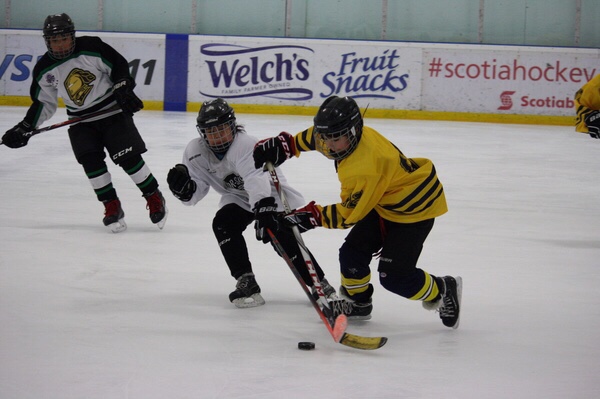 Comprised of over 110 teams, ages ranging from 5 to 18 years-old, from all 74 First Nations in the province, the 2019 Federation of Sovereign Indigenous Nations (FSIN) Youth Hockey Championships is a long-standing tradition that endorses not only athletic excellence, but pride and discipline.

“It promotes team unity, practicing, community pride, because this is the one championship that kids get to play where there are large crowds here, and more importantly, they’re representing their own First Nation, so that’s a big deal,” said Morley Watson, FSIN First Vice-Chief.

The FSIN has placed an emphasis on cultivating elite-level hockey players here in Saskatchewan, said Watson, players like NHL prospect Roddy Ross who came up playing in the Youth Hockey Championships.

Many of the coaches and teams in the tournament enforce a code of conduct, said Watson, to ensure young people’s commitment to school equals their commitment to hockey.

“We see growth in these kids not only on the ice, but off the ice,” he said. “So, it’s kind of a win-win situation for us.”

Trina Albert has first-hand seen the positive effect the tournament has on its young participants. As one of the event organizers and counsellor at Sweetgrass First Nation, as well as a parent of athletes who have participated in the tournament, she understands the pride that comes with representing your First Nation.

“Having little kids being able to take that banner home with them, it brings a child up and nurtures them. No matter how small they are, if they are a good skater or bad skater, they win and lose together. Seeing them smile and cheering them on, it's huge,” said Albert.

And research backs up that nurturing effect, as studies from the Canadian Mental Health Association have found that regular physical activity can reduce stress and anxiety, and those who exercise regularly are less likely to abuse drugs or alcohol.

“The tournament is really about respect and discipline. It comes from the coaches, the parents, and even from their own teammates. That’s the big takeaway,” said Albert.

But of course, for the kids, it's about having fun. Christian Umphurville, 15, from Lac La Ronge Indian Band, said he his teammates take the tournament very seriously.

“We want to win it all,” said Umphurville. “We look forward to it every year – you have pride in being able to represent your Indian band.” 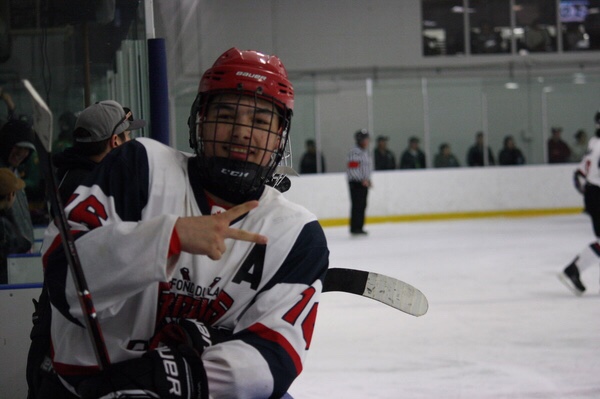 Pride, discipline, and having fun are central to the FSIN Youth Hockey Championships. Photo by NC Raine

And for other young athletes like Gabrielle Isaac from Ochapowace First Nation, the reward is in the sport itself.

“It brings us all together,” she said. “Because even though we lose or win, we still had fun all together.”