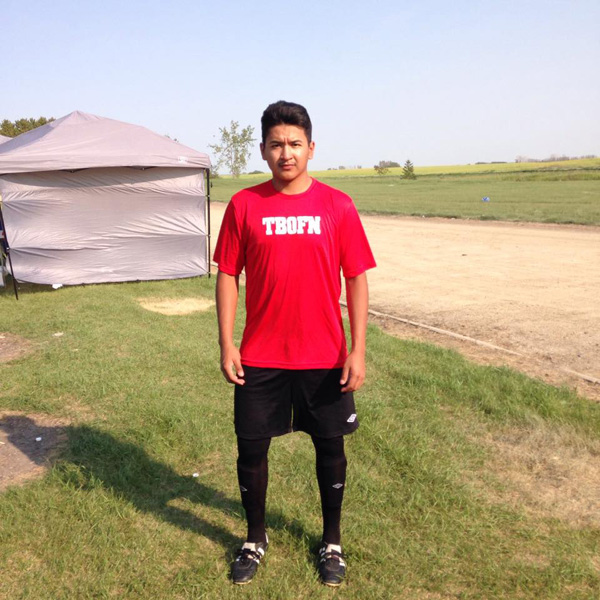 This isn’t his first time participating in the games: he has been an athlete in multiple sports the majority of his life.

“I have been playing soccer since I was a little guy, playing in Prince Albert,” he says.

Day-lin has been enjoying his experience at the games so far saying he enjoys coming back every summer.

“The experience and you get to see all the athletes here, I really look forward to coming here.”

His partner whom he practices with back home is his little brother Kadence and says he looks up to him.

“We do a lot together, we kick around the ball together and we play hockey together. My late uncle Myles Cameron is a big role model to me not because of soccer but because of hockey. I look up to him that way. My greatest role model is my late uncle John Smallchild, he did a lot for me when I was a little guy,” he adds.

Now that Day-lin completed high school, he will be going to Yorkton Terriers Junior A Hockey Club and is hoping to get a scholarship to get into hockey. His advice to those who want a chance to play in the summer games is to just have fun.

“It’s a time to get with your friends, hang out with friends from other reserves and have enjoy it.”