An Indigenous woman from Thunderchild First Nation fought in the U.S Army to honour her family tradition and to prove to herself that she could make a great soldier. Coming from a family with a military background including her late father, George Benson, Crystal Paddy wanted to leave a legacy for her family to be proud of her heroism.

“I did a 15-month tour in the warzone in Tikrit, Iraq in 2007-2008. I got to come back for two weeks out of those 15-months specifically for my son’s birthday,” she said. “It was good to come back for those two weeks but it was harder to leave him again knowing I was going back to Iraq and you don’t know if you’re going to come back.” 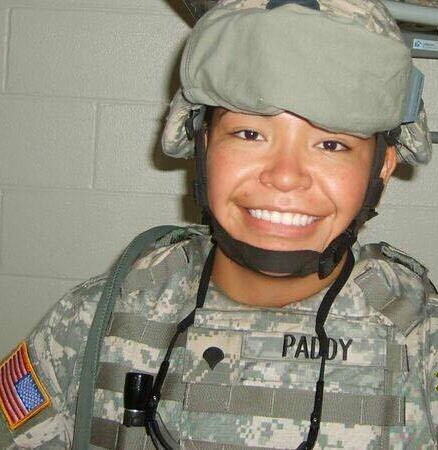 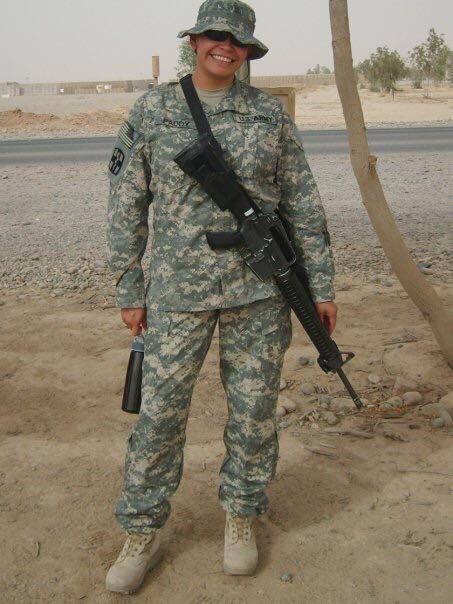 Paddy, 40, said when she first got into the army, she found it challenging as she had no one there that she knew. She was lonely for her family, especially her son, who is now 22-years-old. Being a single mother, Paddy had to leave her son with her mother. Homesickness was a big challenge for her but she thought of the reasons why she joined that helped her regain her strength.

“The [army] breaks you down and builds you back up to a stronger person,” she said. “It taught me a lot about discipline, honour, tradition, and basically opened my eyes to another world.”

Growing up in the North Battleford area, Paddy knew there was more out there in the world. The interest in the military sparked after she took a Cadet program in her high school years. Afterwards, she knew the military life was the career choice for her.

“It was a good program for kids when they start up [in this field],” she said. “It keeps you interested as you grow up.”

When she fought for the U.S. Army, Paddy said she did it to fight for Indigenous people as a whole, to make a better life for her son and to prove that anybody can go into the army if they put their minds to it.

“I wanted to feel like I did something in my life…to prove myself that I could do it as well,” Paddy said. “It’s just your mind that is tricking you that you can’t do this, but yes you can. Anybody can do this if you put your minds to it.”

In 2010, Paddy had an honourable discharge but remained in the United States and made Monterey, California her home. She said she doesn’t regret anything about her choice in the military life but proud of how hard she pushed herself to achieve something greater than she had ever hoped for.

“From being a soldier, I’m experiencing things now that I never thought I could,” she said. “It really opened up my world and I suggest other people and Indigenous kids to join and try it.”