U of S recognizes student excellence, resilience, leadership and community 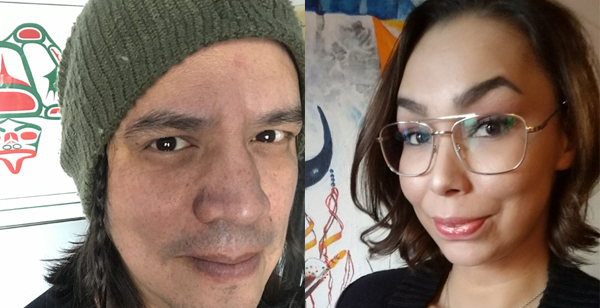 Morgan Longjohn took herself from homelessness and addictions to university.

Both were recognized with resiliency awards as part of Indigenous Student Achievement Week at the University of Saskatchewan in early February.

Longjohn,33, has three children and is pursuing a degree in political studies.

She had to conquer drug and alcohol addictions and homelessness before she could return to school, but since then she has never looked back.

“Well, how I did it is I just had to live a clean life, get organized and do what I had to do,” she said. “The opportunity came to apply at the U of S, I took it and doors just opened.”

She started small, by taking one course when she was 28 before eventually working her way up to fulltime studies and said she works hard to maintain a clean and healthy lifestyle each and every day.

Longjohn lives in Prince Albert, but maintains a strong connection to her home community of Sturgeon Lake First Nation.

Her minor is in Indigenous studies and she plans to do some form of community work after she graduates.

Kyle, 45, who studies anthropology, said there is never a perfect time to go back to school but entering his early 40’s he realized it was now or never.

“I spent close to three decades in the service industry and the appeal was wearing off quite fast,” he said. “And then I was doing construction but I was just cusping 40 around the time and it’s kind of a young man’s game – it was starting to hurt in places.”

Kyle’s father is from Thunderchild First Nation, his mother from Mistawasis First Nation and he grew up in Prince Albert.

He said there have been times when he’s questioned whether he has made the right decision by returning to school, but what keeps him going is his two boys who are now five and eight.

Kyle is proud of his Indigenous heritage but says the university is not always the most welcoming place for a First Nations person and there is always room for improvement in terms of becoming a more supportive environment.

Indigenous Achievement awards were presented to 39 other students in 17 colleges.