Although there may have been some changes to this year’s schedule for the Tony Cote First Nations Summer Games on Flying Dust First Nation because of the weather, participants and spectators still had the time of their lives. 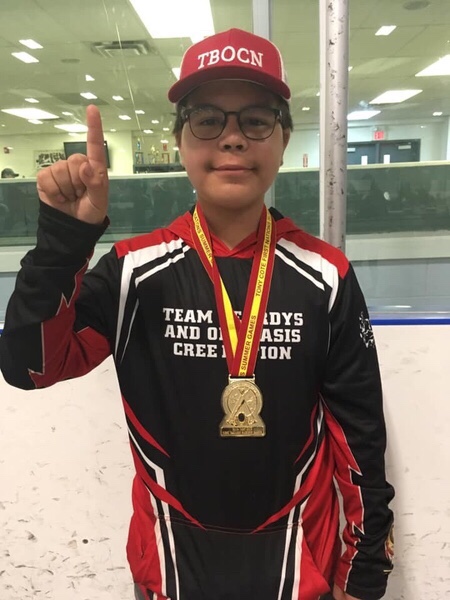 Event’s started on Sunday, July 14, but because of the rain they had to wait and let things dry out. The 15th to the 17th were sunny so the events went off without a hitch.

However, because of rain and tornado watches on Thursday, the Federation of Sovereign Indigenous Nations (FSIN) sports board decided to award medals to all teams that had made it into the playoff rounds going into Friday to keep everyone safe.

This year’s scoring was done a little differently. To ensure fairness between all teams a point system was put in place. If a team won gold in their competition, their tribal council received 13 points silver was 12 points, and last place received one point.

After points were tallied at the end, Team Woodland was declared the overall winner.

“It was an overall success,” said Clay DeBray, games manager. “We had over 6,000 people within Flying Dust First Nation and the city of Meadow Lake. So, the attendance was incredible. The kids were all smiles, having fun and that’s what the games are all about. The games are for the kid and the athletes.”

“It was fun you get to interact with other people who like softball. They are really great,” said McDougall

His team played five games against three other teams in their heat.

“We only lost two games,” said McDougall. “The first game we lost, we were in a bad mood. The second game after we beat them, we were in a good mood. In the third game we got too cocky and the other team won. The fourth game we won by a lot. We would have played another game, but it rained.”

McDougall was surprised when his team won gold.

“I didn’t even know we were going to win. It rained so I thought that nobody was getting a medal. So, after we got the gold medal, I was excited,” said McDougall. “This is the first time that I have won any contest or sports. This was my first real gold medal in anything.”

This was McDougall’s first time competing in the summer games and he hopes to next year as well.

One of the softball diamond’s McDougall played on had been built specially on Flying Dust First Nation for this year’s summer games. The community is happy to have it and will put it to good use during their softball leagues, which play every night from Monday to Friday during the season.

“Our legacy part was nice that we were able to upgrade our facilities and add the new softball diamond along with other legacies,” said DeBray. “Our community members received goods from our food services. We purchased septic truck for the community for future events. So, it’s always nice to leave a legacy behind for the community and surrounding area.”