U of S tackles reconciliation to improve student experience 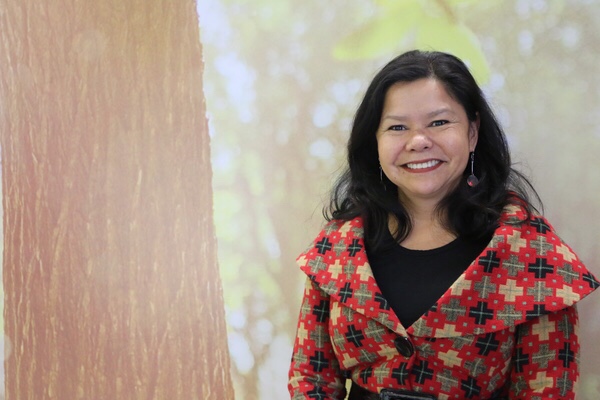 Dr. Jacqueline Ottmann, Vice-Provost of Indigenous Engagement, says reconciliation events at the U of S are looking at how to improve student experience and how to combat racism and discrimination.

The University of Saskatchewan (U of S) was busy working on reconciliation events as the 2018 fall term began. Open to both faculty and students, the day-long event began with opening speakers like Chief Tammy Cook-Searson of Lac La Ronge.

“I was invited to come by Jackie, to come talk a little bit about reconciliation,” said Cook-Searson. “I was part of the opening remarks and it sounded like it was their second or third year that they’ve done that.”

She focused on her own personal experience of the Indian Residential Schools, as well as familial experience.

“My parents and my grandparents on both of sides my family attended as well as me, and so from there, then, I just shared about that and how there’s so much work to be done. There’s been lots done and still lots that we have to do,” said Cook-Searson, who praised the U of S for having the reconciliation workshop and forum, which included various panels and leaders such as Eugene Arcand and Louise Bernice Halfe. “I just shared about my own experience and just encouraged people to learn more and that we still have lots of work to do, and it’s a good step to keep doing that and keep talking about it.”

“Today is a culmination of a lot of work,” said Ottmann. “Some of the feedback that we had last year was related to having more of an engaged process, so that would include conversation and dialogue. And so, that’s really what we tried to do today, is make the day a lot more kinesthetic. It’s listening, it’s talking, it’s walking, it’s creating.”

The four group sessions which attendants rotated through were varying circles involving those aspects, said Ottmann.

“As the groups go from circle to circle to circle to circle, they’re creating a bracelet of beads that we’re hoping they will give to someone and within that exchange or gifting, they will be talking about highlights from today,” Ottmann said. “So the four conversation circles are anti-oppression anti-racist education; that’s led by Dr. Verna St. Denis. There’s ally relationships, building right relations, and we have two people facilitating that, one of them is Elder Louise Halfe. And then we have student experience, and that’s a panel organized by Candace Wasacase-Lafferty...and then we have one on Indigenous methodologies, that’s led by Dr. Maggie Kovach.”

She explained these four themes were chosen because they are areas that emerge within conversations in this university and others; what are Indigenous methodologies, and how can racism and discrimination be combatted, and how can student experience be improved, and how can everyone work together?

“The philosophical underpinnings of the day is based on Willy Ermine’s concept of ethical space,” Ottmann added. “Basically, the over 200 participants here have been divided into diverse groups, not faculty or student groups. So, they can hear topics from different perspectives.”

She added that people were really understanding the concepts, and conversations were being had that draw people together, with respectful constructive dialogue, while building community in a spirit of reconciliation.